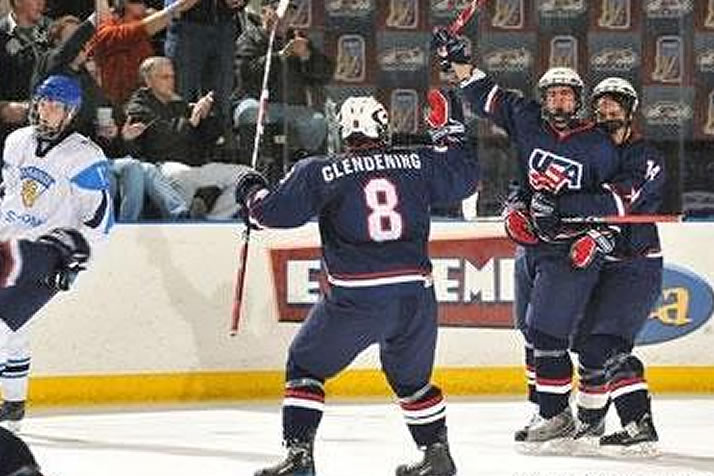 While the "R & D" will draw the focus of many of the League's top decision-makers and the attention of much of the assembled media, folks like Jim Nill will be there for the "O."

Nill, of course, is the assistant general manager of the Detroit Red Wings. And as player personnel is his stock and trade, it is the "orientation" part of the 2010 NHL Research, Development and Orientation Camp Fueled by G Series that will bring him to the Toronto Maple Leafs' practice facility in Etobicoke, Ont., on Aug. 18 and 19.

"I guess there are kind of two sides to this camp," Nill told NHL.com. "We're researching new rules and things to make the game better. And you need good players participating to properly do that, and the roster the NHL has put together is all the top kids eligible for this year's draft. So it's a great scouting opportunity also. "Other people are coming to see what new rules might look like in practice. I'm excited about getting a chance to see these players."

As for the players? They ought to be excited about getting an early chance to make a positive impression upon the men who, just 10 months later, will be deciding whether to use a high draft pick to select them. Judging by the list of attendees -- 35 of the top-rated North Americans eligible for the 2011 NHL Entry Draft have accepted invitations -- the players are appropriately enthused.

"We're information gatherers -- to make decisions, you've got to have information," Nill said. "This is another piece of the puzzle. You might see something during these two days that, come Draft Day next June, you might say, 'I remember seeing this kid do this or that back at that camp.'"

Edmonton Oilers President of Hockey Operations Kevin Lowe has a unique perspective on the camp that has him anticipating it from three angles.

Lowe was a participant in the first NHL Research and Development Camp conducted in Etobicoke in June 2005 and remains a steward of the game, charged with keeping it flowing. Among his many responsibilities with the Oilers, he has input on personnel decisions. He also happens to be the father of Keegan Lowe, a 17-year-old defenseman for Edmonton of the WHL who will be among the top prospects on the ice for the four one-hour scrimmages.

"I'm sure some scouts will be coming just to see players," Lowe said. "And managers will be doing both -- you've got to switch your mind. You're going to be watching new things, thinking about those connotations and how they'll apply to the NHL game.

"From a father's perspective? It's just going to be fun."

The presence of his son is one of the differences Lowe cites from his previous experience with the camp.

"We didn't have this the last time around, we used overage guys," he said of the 2005 camp. "And as many viewings of a player as you can get are a huge benefit -- especially for the managers, who don't get out to see the kids as often as the scouts. This camp will help in that way even moreso than the World Juniors, because nowadays, very few under-18s play in the World Junior tournament.

"So this is big. You get to see players' strength and agility. Then, you get to compare it to later in season. Did he get stronger? Bigger?"


"And as many viewings of a player as you can get are a huge benefit -- especially for the managers, who don't get out to see the kids as often as the scouts. This camp will help in that way even more so than the World Juniors, because nowadays, very few under-18s play in the World Junior tournament."
-- Kevin Lowe

The format of the camp provides a unique opportunity for talent evaluators. Limited to 2011 draft-eligible players, the scrimmages will provide a rare chance to compare these players only with one another ? no older players or lesser talents to complicate judgments. The introduction of so many new rules will force these players to adapt and think as much as perform, revealing key facets of their games -- and they're going to have to do it all under the watchful eye of scouts, GMs and even media members who could have an impact on their draft position.

"It's great," Nill said. "There are going to be new rules thrown in. They're used to just going on the ice and playing. Now, new rules. How are they going to respond?"

"It will be good to have them seen in this environment," Pittsburgh Penguins GM Ray Shero said.

As NHL VP Hockey and Business Development Brendan Shanahan has pointed out, the camp provides a significant return to the players on their investment of valuable summer vacation time to enable the League to test new ideas. They're afforded a chance to make an early impression on scouts and GMs at the beginning of their draft seasons while also getting an advance taste of what NHL life is about.

"The response from NHL general managers has been great," Shanahan said. "We're going to have a lot of the biggest decision-makers in hockey at the camp. Part of my intention all along was that this RDO camp also would serve as a great opportunity for the players and managers to see each other up close, both on and off the ice."

According to Nill, whose franchise is renowned for its development model, that opportunity will be just as rewarding for the players as the personnel men.

"In junior, you're going to be top dog. Then you get drafted and you're just another fish in the water, playing for a new team and a new coach. So this is a learning tool for them too."

Said Lowe: "It's a kick-off for some of these kids. They'll be assessed over a whole season. But I think a lot of these players realize that if there are going to be a lot of top players there, they'll want to be best they can and come out on top.

"Most of these kids are pretty well-groomed and educated already at a young age. But there again, if you can show consistency throughout the year, besides the high skill level, that's what the teams are looking for. And this is the beginning of it."

A beginning, Shero believes, that will occur under circumstances that makes sense for everybody involved.

"By having these top draft eligible players, it adds credibility to the process," Shero said. "You will see young, hungry players trying their best to impress NHL personnel. With their enthusiasm and skill, it should help with the evaluation of the new rules and ideas that are being tested."