CHL Camp Checklist
What to be aware of if you plan to attend a CHL camp and maintain your NCAA eligibility. 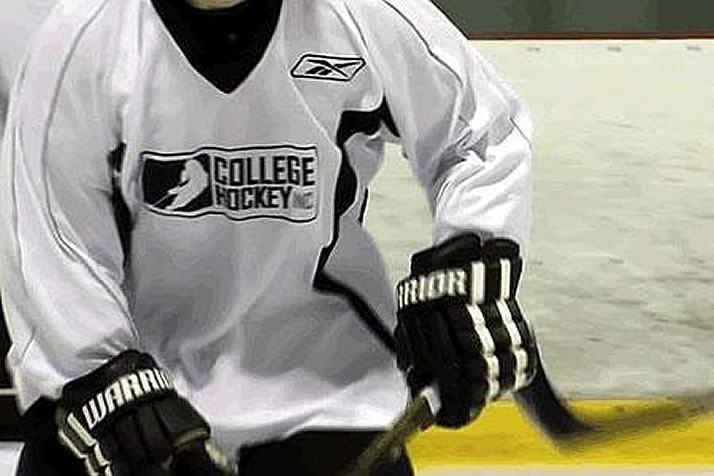 While playing in a Canadian Hockey League game will cost a prospect his NCAA eligibility, there is still the opportunity to attend a camp to learn more about a CHL team while retaining amateur status.

What comes in to play is often called the "48-hour rule," and can be easy to misinterpret. The full language in the NCAA Manual is pasted at the bottom of this article and, as you'll see, can be a bit unwieldy.

In plain English, any player who wants to consider the U.S. college hockey option and the opportunity to get your education paid for while pursuing an NHL career needs to remember a few things before attending:

1. You may have a team cover the cost of one tryout for up to 48 hours

A CHL team may cover necessary expenses for you to attend a tryout for up to 48 hours (including transportation, lodging, meals, etc.). The 48-hour period begins when you arrive at the tryout location. This is a one-time allowance per team and can be used for a training camp or rookie camp.

2. You may attend for more than 48 hours, but need to cover costs

Should you wish to extend your stay at a CHL training camp beyond 48 hours, you need to be prepared to cover costs from that point on (including transportation home).

3. Do not compete in scrimmages or games against other teams.

While attending CHL camps prospects may participate in practices and intrasquad scrimmages, but may not face off against players or prospects representing another CHL team, even in an exhibition game.

4. Don't rush into any decisions

If you were drafted in the CHL in the spring and are attending camp as a 15- or 16-year-old, your chances of earning a regular spot in the CHL are likely slim. Maintaining your NCAA eligibility for another year will give you more time to evaluate your options and make a well informed decision for your future - while likely not affecting your plans for this season at all.

5. Do not sign a contract with a CHL team.

A contract with a CHL team is considered a professional contract by the NCAA and therefore jeopardizes a prospect's eligibility. It's best not to sign any agreement with a CHL team; an exception is filling out a simple tryout form with basic information.

6. Do not interpret a lack of calls from colleges as a lack of interest.

Colleges, by NCAA rule, cannot contact student-athletes prior to Jan. 1 of their grade 10 year of high school. Because of that rule, you may be drafted into the CHL without ever talking to a college coach - but that doesn't mean they won't be interested. College coaches want to attract the best players from the U.S. and Canada (and beyond), typically many of the same players that OHL, WHL and QMJHL teams select in their drafts.

7. Do not violate NCAA rules by accepting gifts from CHL teams.

If a CHL team gives you a jersey or other gifts you should be prepared to either return those items, compensate the team appropriately or donate them to charity.

Being invited to a CHL training camp can be a great validation of your skills as a hockey player and a good sign of things to come in your hockey career. That career will include a number of choices along the way - we would encourage you to keep your options open so that you have the opportunity to make the best choices for you.

If you have any questions about attending a CHL camp and maintaining your NCAA eligibility, feel free to contact College Hockey, Inc.

From the NCAA Manual

12.2.1.1 Tryout Before Enrollment-Men's Ice Hockey and Skiing. In men's ice hockey and skiing, a student-athlete remains eligible in a sport even though, prior to enrollment in a collegiate institution, the student-athlete may have tried out with a professional athletics team in a sport or received not more than one expense-paid visit from each professional team (or a combine including that team), provided such a visit did not exceed 48 hours and any payment or compensation in connection with the visit was not in excess of actual and necessary expenses. The 48-hour tryout period begins at the time the individual arrives at the tryout location. At the completion of the 48-hour period, the individual must depart the location of the tryout immediately in order to receive return transportation expenses. A tryout may extend beyond 48 hours if the individual self finances additional expenses, including return transportation. A self-financed tryout may be for any length of time.