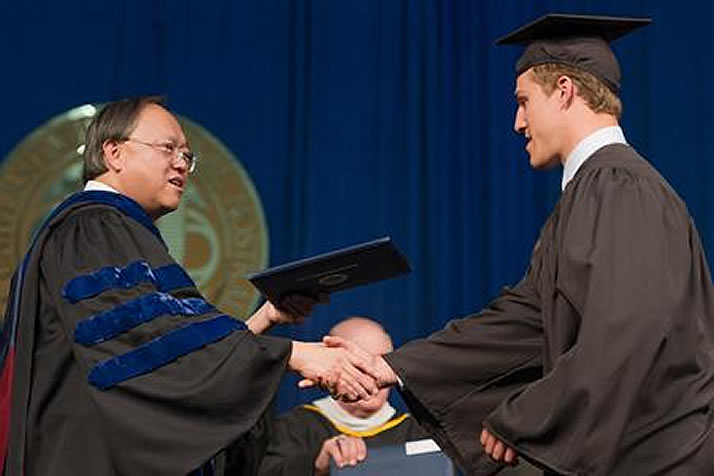 The most recent data, which measures student-athletes who enrolled in 2007, shows 92.1% of all Division I men’s hockey players earning their degrees, a 6-point increase from last year and significantly higher than the overall NCAA average (84%).

“Men’s hockey student-athletes continue to produce remarkable achievements in the classroom as well as on the ice,” College Hockey Inc. Executive Director Mike Snee said. “It’s a testament to these young men, their coaches, and the extraordinary institutions that they represent that they are able to achieve their academic goals at the same time that they pursue their on-ice goals.”

The NCAA also measures each sport’s GSR spanning a four-year period, with men’s hockey posting an 88% GSR for classes enrolling from 2004 through 2007. That marks an increase of 3 points from the previous four-class average and trails only gymnastics and fencing among men’s sports.

Graduating to the NHL

Bjugstad led the Florida Panthers in scoring last season while completing work toward his Minnesota degree.

“It was definitely an honor,” Bjugstad told the Panthers’ web site after taking part in graduation ceremonies. “Being able to sit there with my classmates that I was there all three years with, and I also made the family pretty proud. It was good to be there and it was a great experience.”

Men’s hockey’s performance in the NCAA GSR follows similar success in the NCAA’s Academic Progress Rate (APR). Hockey also leads all men’s sports in that measure, which examines student-athletes’ success in the class room and progress toward their degree. (See: May 14, 2014 release.)

For more on the NCAA GSR, visit ncaa.org.