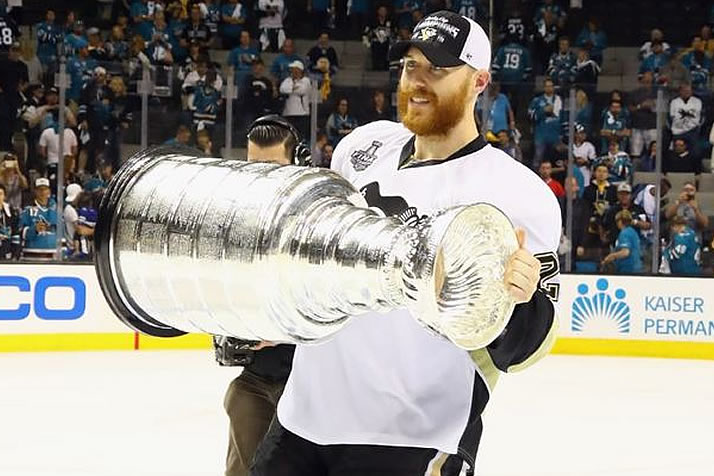 Stanley Cup champion Ian Cole, a Notre Dame alum, is among the participants in the Chicago Hockey Charity Classic.

Former Cornell star and assistant coach Topher Scott has gathered a who’s-who of Chicago hockey for the Chicago Hockey Charity Classic on Aug. 5.

Not surprisingly, it features an impressive collection of former college hockey stars.

The event – which benefits Special Olympics-Chicago – will face off at 3 p.m. on Saturday, Aug. 5, at Fox Valley Ice Arena, the home of the USHL’s Clark Cup-champion Chicago Steel.

Twenty-three expected participants played college hockey – both men and women – with 16 schools represented on the rosters. College connections also played an integral role in getting the game off the ground.

Scott, who was an assistant at Cornell from 2011-16, provided the spark.

“I have twin brothers with special needs and know how incredible that community is,” he said. “We have been doing a fundraiser like this at Cornell the past three years, where we’ve raised close to $300,000 for a school for individuals with special needs. We wanted to expand and I am from Chicago, so it was a natural place to go with how great of a hockey city it is.”

Scott connected with Michigan alum and current NHL agent Kevin Magnuson, who is the president of Special Olympics-Chicago.

“It’s amazing,” Magnuson told Scott Powers of The Athletic. “What started with a few phone calls seven or eight months ago spearheaded by Topher Scott and his success doing a similar type of event at Cornell, where he was previously an assistant coach, and him having two brothers in the Special Olympics program, he’s just worked tirelessly to make it a great event and it is.”

“The hockey community in Chicago has been unbelievable,” Scott said. “There are so many family and youth organizations wanting to get involved.”

The event is already more than halfway to its goal of raising $100,000 for Special Olympics-Chicago.