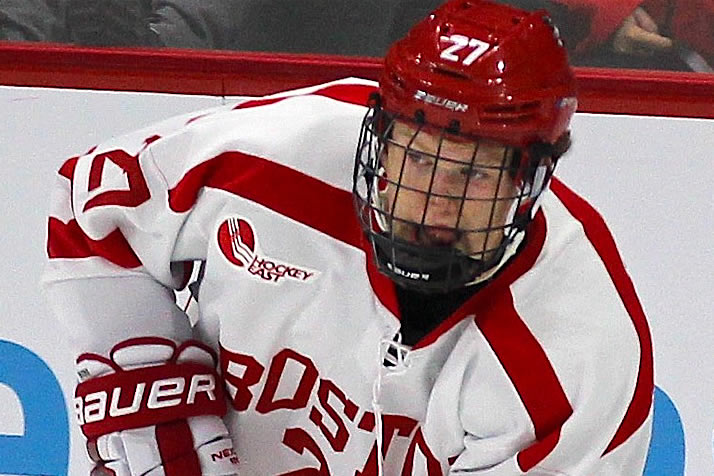 Brady Tkachuk has 18 points through 24 games as a freshman at Boston University.

More than half of all Division I teams – 31 of 60 – have a player or recruit included in the rankings. That includes representatives of five conferences plus independent Arizona State.

A few more notes on the 110 NCAA players/recruits on the list:

Forty-seven of the NCAA recruits featured in the NHL Central Scouting rankings are currently playing in the USHL, including 18 players with USA Hockey’s National Team Development Program. Twenty players are playing in one of the leagues that make up the CJHL.

The 2018 NHL Draft will be held in Dallas, June 22-23. Last season 60 NCAA players or recruits were selected in the NHL Draft.