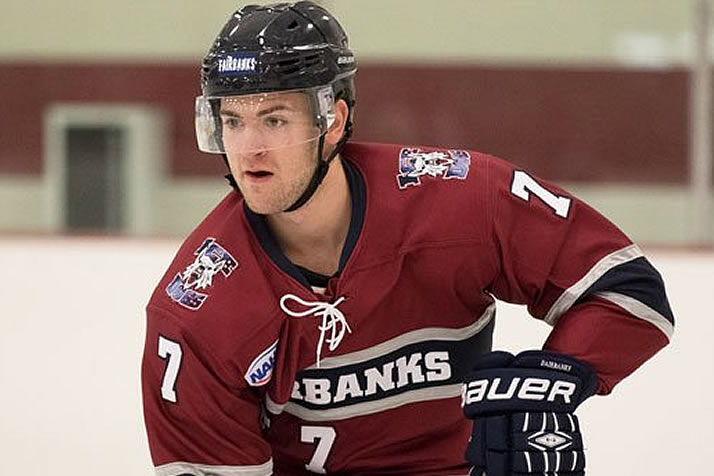 Thirty-two Division I commits fill the rosters of the four teams in contention for the NAHL’s Robertson Cup, which will be decided May 11-14 in Blaine, Minn.

The four teams are seeded and will play best-of-three semifinal series: No. 1 Fairbanks vs. No. 4 Minot and No. 2 Shreveport vs. No. 3 Wilkes-Barre/Scranton. The winners will meet Monday, May 14, for a single-game championship. All games can be seen on HockeyTV.

The 32 players already committed to Division I programs are headed to 22 schools. Army West Point and Lake Superior State lead all schools with three commits at the Robertson Cup, while Alaska, Bemidji State, Ferris State and UMass Lowell each boast a pair.

Each of the four teams in the Robertson Cup feature at least six Division I commits, led by Fairbanks with 10. The Ice Dogs posted the league’s best record in the regular season with 45 wins and 97 points, including a 24-game winning streak from Dec. 8 to March 2.

Fairbanks boasts a pair of first-team All-NAHL selections in forward Hunter Wendt (Ferris State) and defenseman Luke Orysiuk (Bentley). Shreveport is the only other team in the field with an all-league player in second-team defenseman Dominick Procopio (UMass Lowell).

NCAA Commits in the Robertson Cup