All About the NLI
National Letter of Intent signing period now runs from November until August. 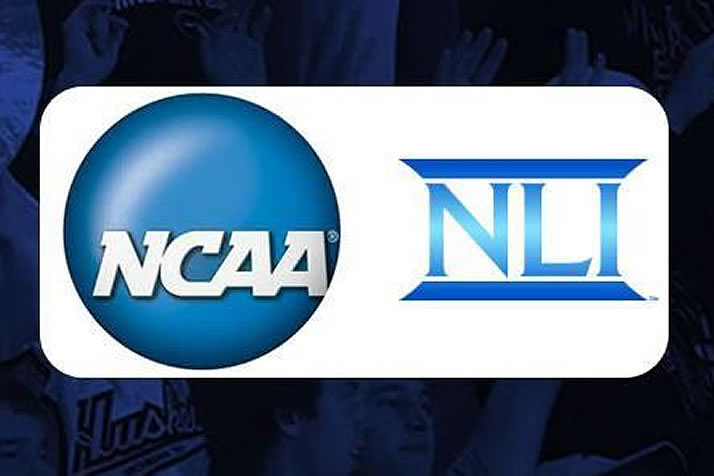 Thanks to recent rules changes, the NLI signing period for hockey now runs throughout the year – in 2018-19, it is from Nov. 14 through Aug. 1. Previously hockey had two signing periods, and prospects could not sign NLIs from approximately mid-November through mid-April.

An NLI is essentially an athletic scholarship agreement between a school and a student-athlete. A prospective student-athlete must be in grade 12 (or later) to sign an NLI.

The NLI has advantage to both prospective student-athletes and participating educational institutions:

A: No. You are not required to sign an NLI but many prospective student-athletes sign because they want to create certainty in the recruiting process. Specifically, by signing an NLI, you agree to attend the institution for one year in exchange for the institution’s promise, in writing, to provide you athletics financial aid for the entire academic year, provided that you are admitted to the institution and are eligible for athletics aid under NCAA rules. Furthermore, but signing an NLI you effectively end the recruiting process – no other school may recruit you.

Q: How do I get the NLI? A: The institution recruiting you will send you the NLI. It can be sent to you by express mail, courier service, regular mail, email or fax. The materials you receive must include an offer of athletics financial aid for the entire academic year.

A: Schools may offer athletic financial aid for up to five years. The NLI, however, only obligates the student-athlete to attend the institution for one year. It should be noted that virtually all athletic scholarships are renewed for all of your college eligibility, provided that you remain in good academic and legal standing. They may not be decreased or eliminated based upon athletic performance.

A: There are a number of potential reasons – that school may not offer athletic scholarships, or you may be committed for a future season (beyond 2019-20). If you still aren’t sure, check with the coach who recruited you.

Q: If I plan to defer my enrollment beyond 2019, should I sign an NLI?

A: You may only sign an NLI during the designated signing period. For hockey players entering school in the fall of 2019, the signing period runs from November 14, 2018, to August 1, 2019.