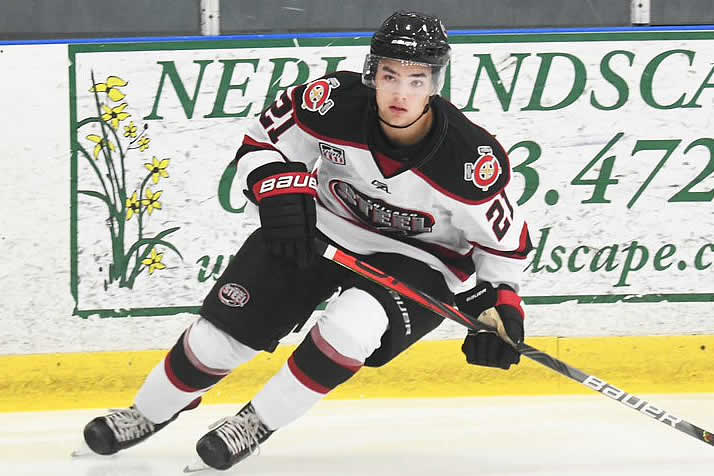 Twenty Division I commits were named to the U.S. Junior Select Team that will compete in the 2019 World Junior A Challenge from Dec. 7-15 in Dawson Creek, B.C. USA Hockey announced the team, which consists of 21 players currently in the USHL, on Tuesday.

Fourteen schools have commits on the roster. Harvard (3), Minnesota (3), Michigan (2) and Notre Dame (2) each boast multiple future players on the team.

The U.S. Junior Select Team will be coached by the same group as a year ago, led by head coach Anthony Nordeen of the Tri-City Storm. Nordeen’s assistants will be Mark Abalan (Sioux City), Shane Fukushima (Waterloo) and David Wilkie (Omaha). The staff returns after leading the U.S. to its eighth championship in 12 appearances in the World Junior A Challenge.

The U.S. will face Canada East in a pre-tournament exhibition game on Thursday, Dec. 5, before opening competition on Saturday, Dec. 7, against Canada West at 9 p.m. ET.