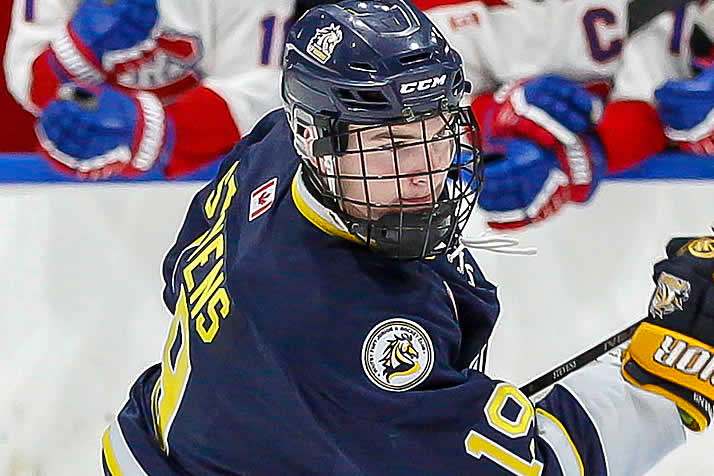 Christian Stevens is one of two Massachusetts commits selected for the 2020 CJHL Prospects Game (Photo by Ray MacAloney/OJHL Images).

The CJHL, which includes 10 junior A leagues across Canada, announced the rosters for the 2020 CJHL Prospects Game in conjunction with NHL Central Scouting. Each of the participants is eligible for the 2020 NHL Draft.

Denver, Massachusetts, Minnesota Duluth and St. Lawrence each have two recruits slated to play in the game. Eleven other schools have one recruit each on the roster (listed below).

“We extend our sincere congratulations to all of those players who have earned their selection to compete in the 2020 CJHL Prospects Game in Hamilton,” said CJHL President Brent Ladds. “We’d also like to acknowledge and recognize NHL Central Scouting for their substantial efforts in helping formalize the Team East and Team West rosters.”