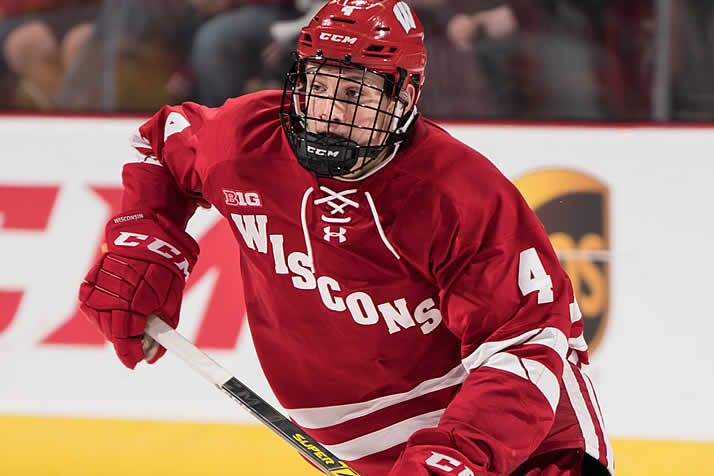 Wisconsin freshman Dylan Holloway is the top-rated college player at No. 10 among North American skaters.

Thirty-four schools – more than half of the 60 in Division I – have a player or recruit ranked in NHL Central Scouting’s midterm rankings for the 2020 NHL Draft, released Monday.

A total of 112 current or future NCAA players are featured in the rankings, led by Wisconsin freshman Dylan Holloway (Bragg Creek, Alta./Okotoks-AJHL) at No. 10 among North American skaters. Holloway is one of 11 NCAA freshmen included in the rankings.

Harvard (eight representatives), Wisconsin (seven) and North Dakota (six) have the most players or recruits in the rankings.

A few more notes on the 112 NCAA players/recruits on the list: