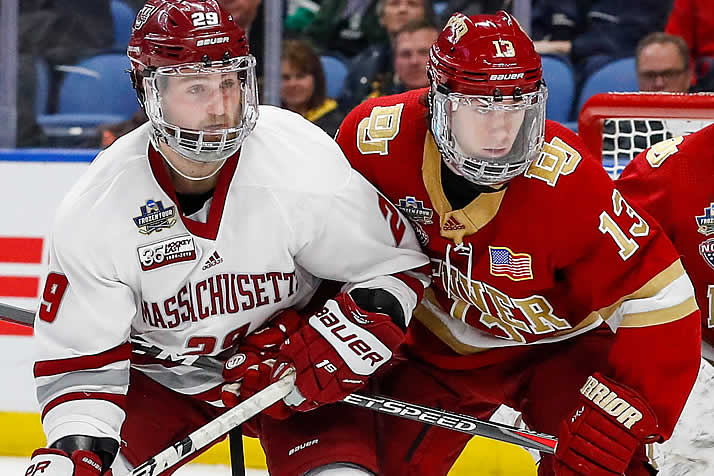 TSN’s coverage of NCAA hockey will feature 11 games in January, including four televised on TSN, bringing the talent and excitement of U.S. college hockey to Canadian audiences.

January’s schedule begins Friday with a 2019 Frozen Four rematch on TSN as No. 9 Massachusetts visits No. 7 Denver. The four televised games in January are:

“These games give Canadian fans the chance to see some tremendous talent in exciting on-campus settings,” said College Hockey Inc. Executive Director Mike Snee. “We are thrilled that our partnership with TSN can bring these games to the Canadian audience.”

TSN and TSN Direct subscribers will have access to 11 NCAA games on TSN.ca and the TSN App in the next month. That schedule of streaming games begins Friday and features: