HWAA 2020: State-by-State MVPs
We pick the best players by home state in honor of USA Hockey’s Hockey Week Across America. 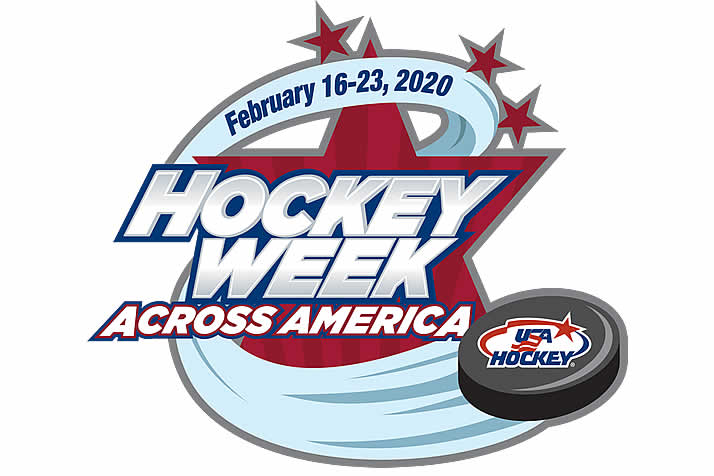 USA Hockey’s Hockey Week Across America celebrates the passion for hockey that exists throughout the United States.

In the spirit of celebrating hockey across all corners of the U.S. – and as we have done for nine straight years now – College Hockey Inc. is saluting the top contributors in NCAA Division I men’s hockey from each state this season.

In all, 41 states plus the District of Columbia are represented on Division I rosters, from Minnesota (201 players) to D.C., Alabama, Hawaii, Oregon, Vermont and West Virginia (1 each).

Scroll down to see our infographic featuring each state’s selection. As you can imagine, picking the one “best” player from some states was a huge challenge. The College Hockey Today podcast debated some of those tougher decisions on their latest episode. They based decisions on this year’s performance and gave an edge to players whose teams have performed well.

A few notes on this year’s honorees:

Think we made a poor choice in your state? Let us know on twitter and tag @collegehockey.

Hockey Week Across America events include “Wear Your Favorite Hockey Jersey Day” on Friday and nationwide opportunities on Saturday to try hockey for free. For more information visit hockeyweekacrossamerica.com. 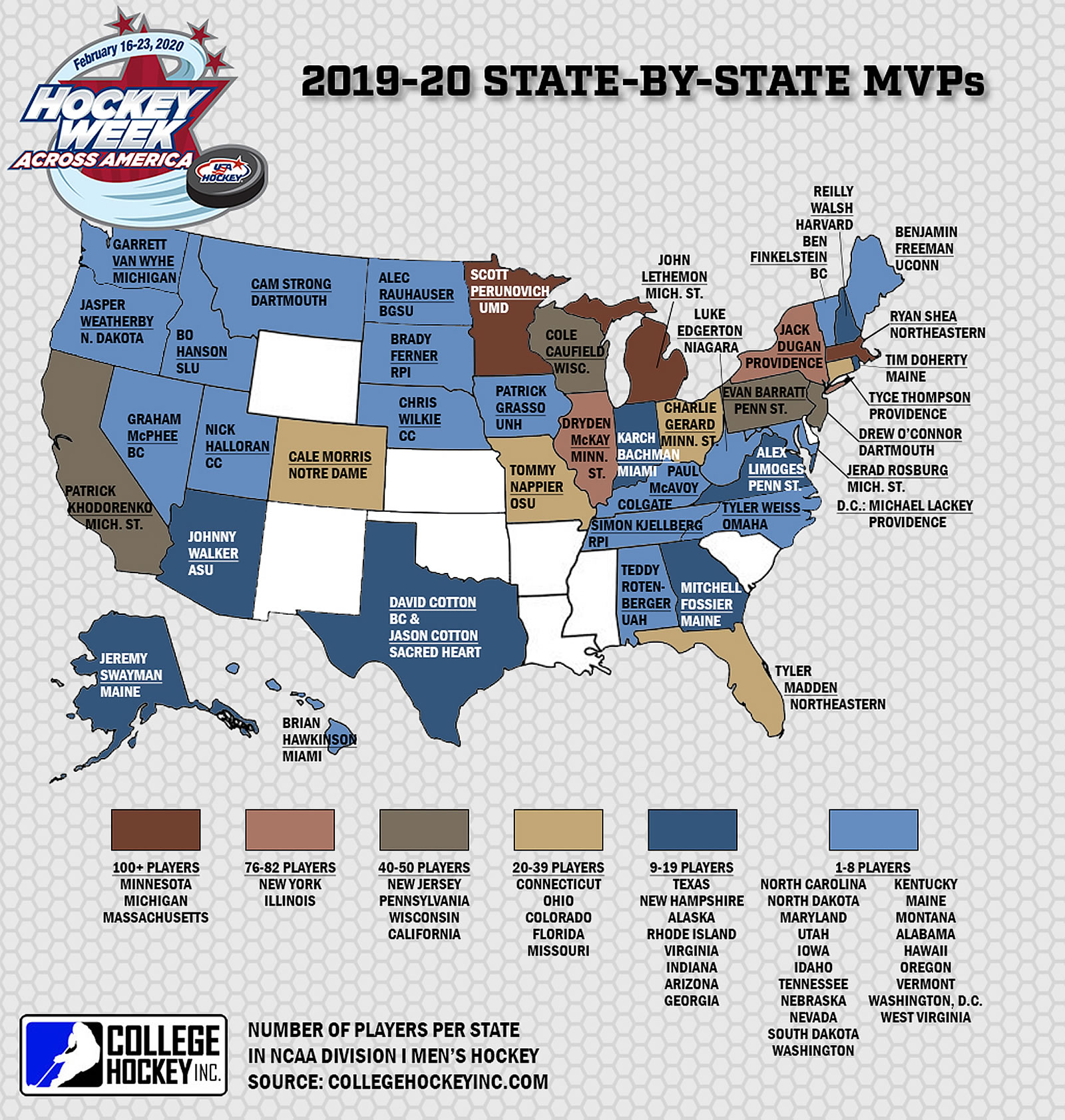