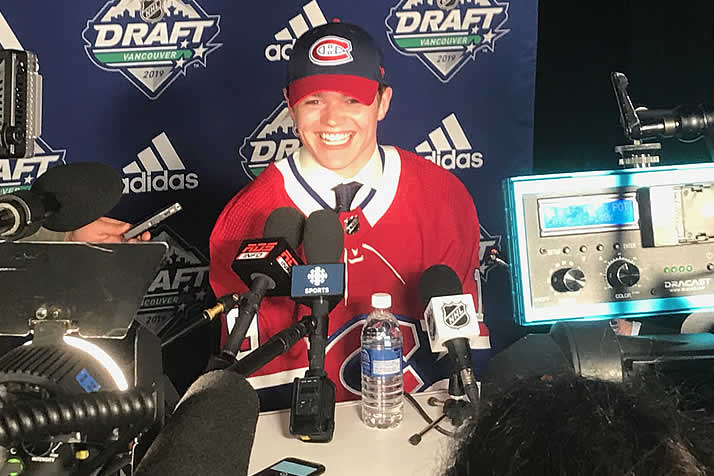 Wisconsin’s Cole Caufield is among the college stars who played at the National Team Development Program.

Forty-nine of the top American hockey players born in 2004 have been invited to USA Hockey’s National Team Development Program Evaluation Camp. The camp, which will help select the 2020-21 U.S. National Under-17 Team, will take place from March 18-22 at USA Hockey Arena in Plymouth, Mich.

The 49 players – including 27 forwards, 16 defensemen and six goaltenders – will be divided into two teams for the camp. The squads will participate in on-ice practices and off-ice training, play in five games and attend two U.S. National Under-17 and Under-18 Team games at USA Hockey Arena.

Parents of the participants will take part in a college hockey information session led by College Hockey Inc.

The 49 players invited to the NTDP Evaluation Camp represent 23 states. Minnesota leads the way with eight invitees, while Michigan has seven and Connecticut, Massachusetts and Missouri have three each.

USA Hockey’s National Team Development Program is in its 23rd season of competition and is based at USA Hockey Arena in Plymouth, Mich. It has produced 66 NCAA All-Americans and six Hobey Baker Award winners.