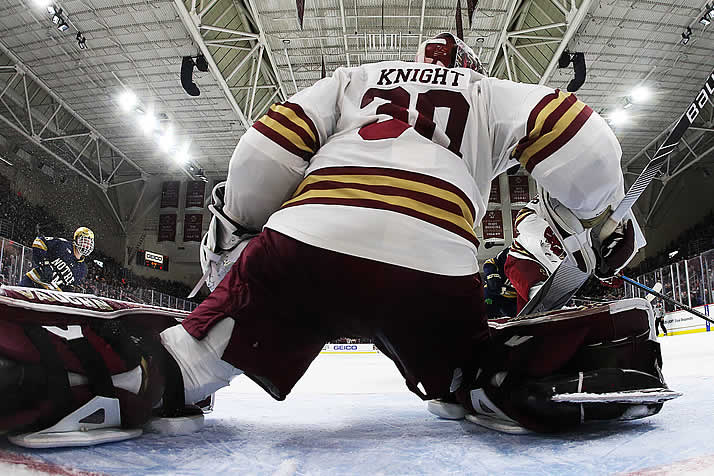 The event, set for July 24-Aug. 1 in Plymouth, Mich., will feature 43 players in contention for spots on the U.S. National Junior Team that will compete at the 2021 World Junior Championship.

The NCAA players in camp represent 14 schools. Boston University leads all programs with eight representatives, followed by Boston College, Harvard, Michigan and Wisconsin with four each.

Unlike previous years the WJSS will not include competition against teams from other countries due to the COVID-19 pandemic. It will allow the national team’s staff – which includes head coach Nate Leaman of Providence – to work with and evaluate the players.

“We’re excited to have our players and staff together,” said John Vanbiesbrouck, general manager of the U.S. National Junior Team and assistant executive director of hockey operations at USA Hockey. “While Finland, Sweden and Canada won’t be joining us as we’ve been used to in past years, this will provide a great opportunity to have our players back on the ice and begin the process in earnest of building our team for the World Junior Championship.”