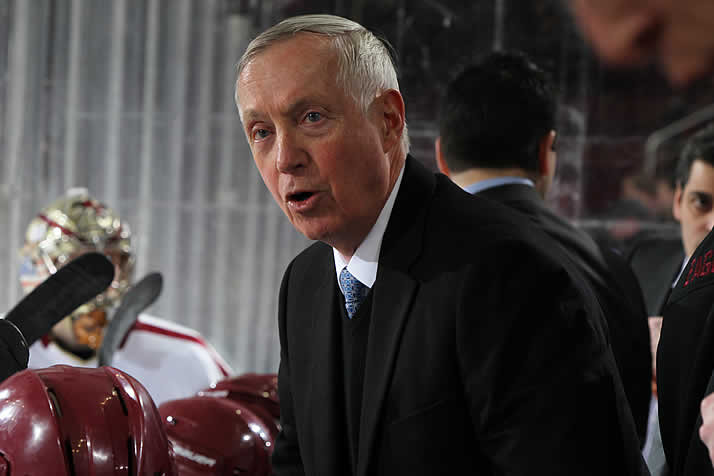 Four legends with backgrounds in college coaching make up the 2020 class of the U.S. Hockey Hall of Fame, USA Hockey announced Monday. Dean Blais, Tony Granato, Jenny Potter and Jerry York will be enshrined in the Hall next year, in December of 2021.

All four excelled as college hockey players and continued to give back to the game after their playing days ended. Current college coaches Granato (Wisconsin) and York (Boston College) both celebrated the class as a whole in their media availability on Tuesday.

“When you are able to go in with a class like this, and you look at the names that have gone in before you, you really realize how lucky you are,” Granato said.

“[This class] speaks volumes not only for the level of play in U.S. colleges, but for the people who are involved and coaching at our institutions,” added York.

Granato was a 13-year NHLer and a member of the 1988 Olympic team as a player before heading into coaching. This season will be his fifth leading his alma mater, Wisconsin, after spending 13 years coaching in the NHL.

Potter won 14 medals on the international stage and is one of only three U.S. women’s players to compete in four Olympics. The former Minnesota Duluth star went on to coach in high school and college and is currently coaching youth hockey.

York, the winningest coach in college hockey history, is in his 27th year as the head coach at Boston College and his 49th year as a college head coach. He was enshrined in the Hockey Hall of Fame in 2019 and honored with the Lester Patrick Trophy for his contributions to the game in 2010.