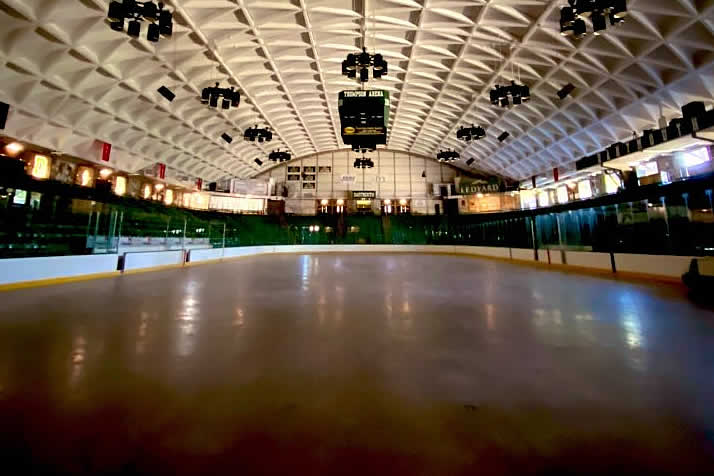 On Thursday, Sept. 10, the Hockey Commissioners Association (HCA) – representing the 11 Division I men’s and women’s hockey conferences – announced that the start of the 2020-21 season will be delayed due to the impact of COVID-19.

“The eleven Division I men’s and women’s ice hockey conferences, represented by the Hockey Commissioners Association (HCA), are committed to providing memorable experiences for our student-athletes during the upcoming season. The conferences have been working together on plans to return to play with a focus on the health and safety of everyone associated within our campus communities. Due to the impact COVID-19 continues to have across the country and within higher education, the start of competition for the Division I college hockey season will be delayed. Each conference will announce plans for the season individually. We look forward to enjoying the college hockey experience this season.”

College Hockey Inc. will update this page with any announcements conferences make regarding timelines of their return to play.

Atlantic Hockey: As of Oct. 15, Atlantic Hockey announced plans to begin its season the weekend of Nov. 13-14. The schedule features 24 games and allows for up to 28 games for member institutions. The league will be split into eastern (AIC, Army West Point, Bentley, Holy Cross, Sacred Heart) and western (Canisius, Mercyhurst, Niagara, RIT, Robert Morris) pods, with Air Force separate as a geographic outlier. The league also announced plans to include Long Island University as a scheduling partner.

Big Ten: As of Oct. 6, the Big Ten announced plans to begin its season as soon as November 13. The Big Ten will play a 24-game conference schedule, plus an additional four games per school against Arizona State hosted at Big Ten venues.

NCHC: As of Oct. 16, the NCHC announced plans to play a 26-game conference season beginning in a “pod” in Omaha, Neb., on Dec. 1. The league will be split into two divisions for scheduling purposes in 2020-21: East (Miami, Minnesota Duluth, St. Cloud State, Western Michigan) and West (Colorado College, Denver, North Dakota, Omaha). Teams will play each of their divisional opponents six times and each cross-divisional opponent twice, with all cross-division games taking place in the pod.

WCHA: As of Oct. 28, the WCHA announced plans to play an 18-game conference schedule, with all but three of the contests slated to be played in January and February 2021. League teams will play an additional total of 38 non-league games beginning Nov. 20.