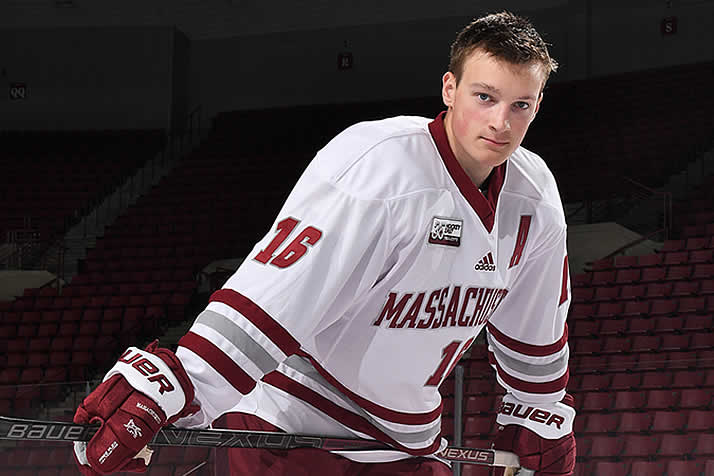 Cale Makar joins Chris Drury as the only players to win both the Hobey Baker Award and the Calder Trophy.

Cale Makar, one year removed from his Hobey Baker Award-winning season at the University of Massachusetts, was named the 2019-20 recipient of the Calder Memorial Trophy as the NHL’s rookie of the year on Monday.

Makar, of the Colorado Avalanche, edged University of Michigan alum Quinn Hughes of Vancouver in the Calder balloting. It marks the first time since 2002 (Dany Heatley, Wisconsin) that the Calder winner is an NCAA alumnus and the first time ever that both the winner and runner up came from the U.S. college ranks.

Makar joins former Avalanche star Chris Drury as the only players to win both the Hobey and the Calder. Drury won the 1997-98 Hobey Baker Award as a Boston University senior and the Calder the following year.

Makar is the 12th former NCAA player to win the Calder Trophy and just the third defenseman in that group (Gary Suter, Brian Leetch).

Makar posted 12 goals and 50 points in 57 games as a rookie. He made his NHL debut in the 2019 Stanley Cup playoffs, days after leading UMass to the NCAA semifinals in Buffalo.