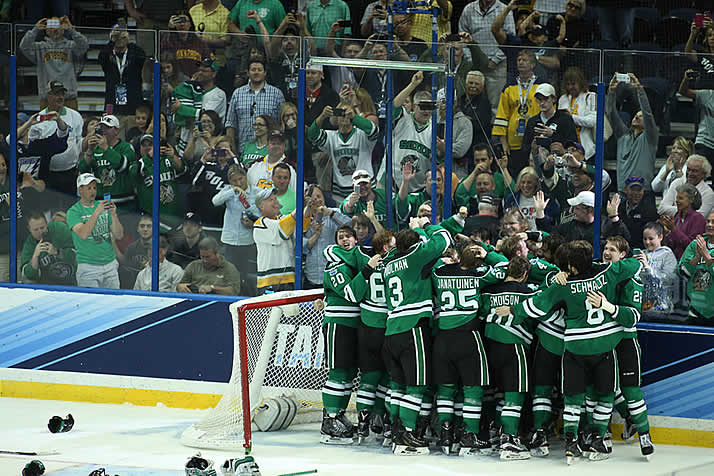 The NCAA named future sites for the men’s Frozen Four on Wednesday, with the event headed to Tampa, Saint Paul, St. Louis and Las Vegas from 2023-26.

With that announcement, future hosts of the men’s Frozen Four line up like this:

Each of the upcoming Frozen Fours will be held in NHL arenas, as the last nine have been.

Saint Paul has been a regular host for the Frozen Four, with the event headed to the Xcel Energy Center for the fourth time (2002, ’11, ’18).

Las Vegas is the lone new host among those announced Wednesday. The home of the NHL’s Golden Knights will become the 27th city to host the NCAA men’s hockey championship.

The NCAA also announced regional sites for 2022-26. Along with those already determined for 2021, they are: