NHL Draft by the Numbers
A look at NCAA hockey’s impact on the NHL Draft through the years. 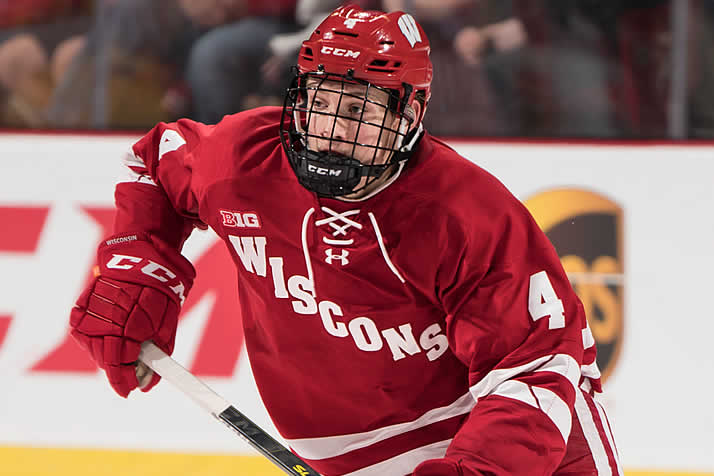 184 – NCAA players selected by the Montreal Canadiens in NHL Amateur/Entry Drafts, the most of any franchise

173 – NCAA players drafted in the first round since 1964 (St. Lawrence’s Alex Campbell was the first)

24 – Consecutive years with a draft pick for Boston College and Michigan (starting in 1996), tied for the second-longest such streak for any school in history (Minnesota had picks in 27 straight drafts, 1974-2000)

4 – The most top-10 picks in one draft to play NCAA hockey (2006: Erik Johnson, Jonathan Toews, Phil Kessel and Kyle Okposo)