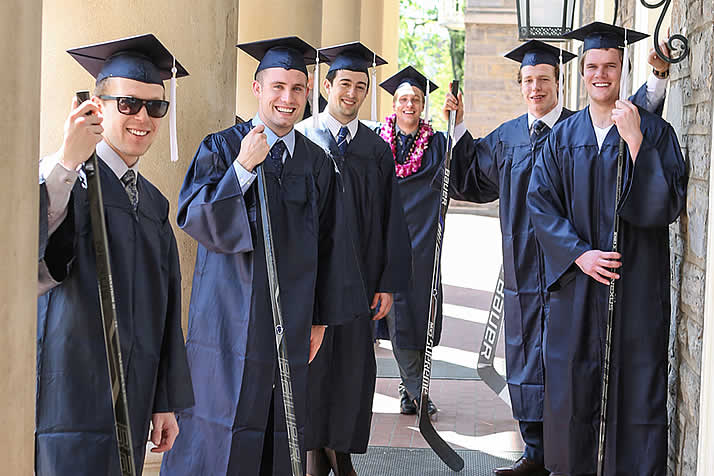 “While their on-ice skills and accomplishments get the most attention, men’s hockey student-athletes’ success in the classroom continues to be just as impressive,” College Hockey Inc. Executive Director Mike Snee said. “The NCAA graduation rates prove that it’s possible to pursue your academic and athletic goals simultaneously.”

Men’s hockey’s performance in the NCAA GSR follows similar success in the NCAA’s Academic Progress Rate (APR). Hockey is also among the top performing men’s sports in that measure, which examines student-athletes’ success in the classroom and progress toward their degree.