NCAA Hockey Returns to TSN in 2020-21
RDS to bring games to Quebec audience as well. 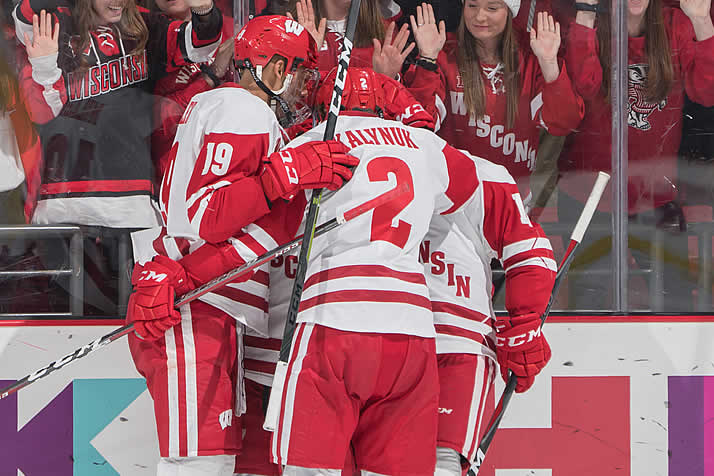 NCAA hockey returns to TSN for a seventh consecutive year in 2020-21, with broadcast and streaming options delivering the talent, tradition and excitement of U.S. college hockey to Canadian audiences this season. TSN and College Hockey Inc. unveiled the network’s schedule through Dec. 19 today, featuring eight games in that time with more to be added in the weeks ahead.

In addition, French-language network RDS will televise a pair of U.S. college hockey games in the province of Quebec. Both games feature Montreal Canadiens first-round draft pick Cole Caufield and the No. 14 Wisconsin Badgers taking on Arizona State.

The upcoming schedule includes two games on TSN2 and six more games streamed on TSN.ca and the TSN app. The two televised games are:

“We are excited that our partnership with TSN continues to allow NCAA hockey fans in Canada an opportunity to enjoy college hockey and now brings it to a new audience in Quebec,” said College Hockey Inc. Executive Director Mike Snee. “Many current NCAA hockey players hail from Canada and TSN’s coverage allows their family and friends to follow their progress. In addition, Canadian NHL fans will get a glimpse of future stars on their way to the NHL stage.”

TSN and TSN Direct subscribers will have access to six additional NCAA games on TSN.ca and the TSN App between now and Dec. 19. That schedule of streaming games begins Saturday with the first game of the Arizona State-Wisconsin series.