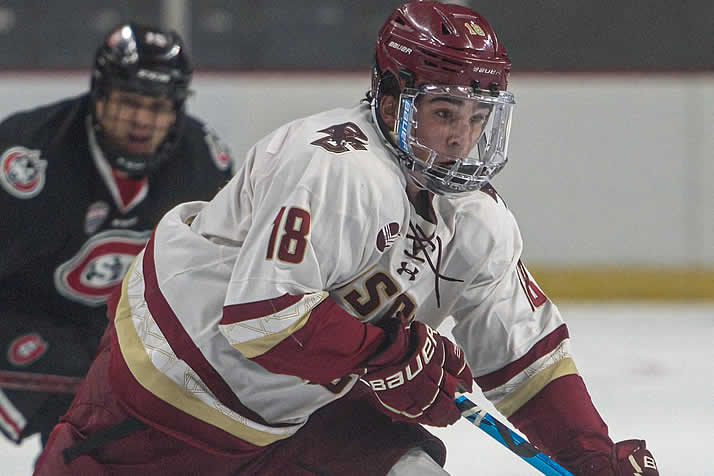 The puck will drop on the Stanley Cup Playoffs Saturday, with more than 100 NCAA alumni pursuing the sport’s biggest prize.

First-round matchups will pit former college teammates against each other and introduce NHL newcomers like Cole Caufield (Montreal/Wisconsin) and Alex Newhook (Boston College/Colorado) to the postseason.

Every Stanley Cup Playoff game should feature between eight and 20 former college players in the lineup. Among the highlights:

Four of the Stanley Cup Playoff teams played at least 16 NCAA alumni during the regular season, led by Pittsburgh, where former college players accounted for 56% of the team’s games played (fourth most all-time).

Forty NCAA schools had alumni see action for the 16 playoff teams during the regular season.