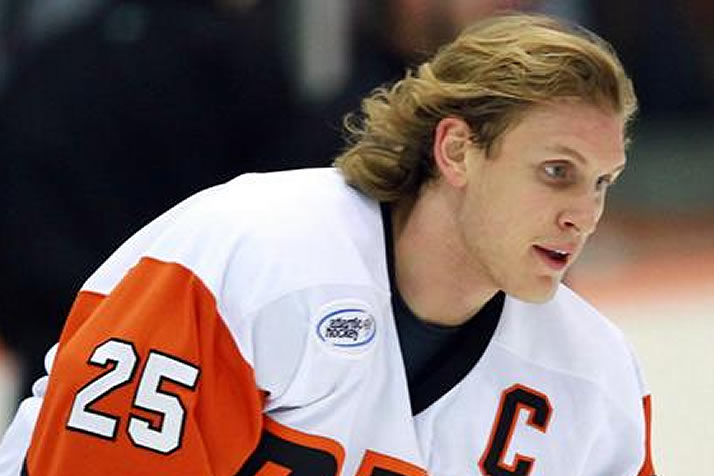 In Developing Story, a regular feature planned for collegehockeyinc.com, we will highlight current college hockey players who have developed their skills during their careers – either on the ice or in the weight room – and in turn made a bigger impact on their team’s success.

Daniel Spivak came to RIT one of four defensemen in his freshman class, joining a team that had four blueliners returning. Simple math made it clear that he might not always get the ice time he wanted.

If playing time was out of his hands, he focused on what he could control – specifically how hard he worked off the ice. And as he spent more and more time in the weight room, he noticed something.

The upperclassmen who were working the hardest were also getting ice time.

Spivak followed their lead, becoming one of the Tigers’ leaders in the weight room, and his role has increased each year. As a senior, the Thornhill, Ontario, native is one of three RIT captains, plays on the first defense pair and leads the team at +10 entering this weekend’s big series with Mercyhurst.

“You have the opportunity here to put in that off-ice work; we have the time and great facilities,” said Spivak. “It’s sort of an individual thing. No one is going to stand there and drill you, especially during the season. I just try to make sure I’m focused and work hard.”

Increased strength can help any player, particularly a physical, defensive defenseman like Spivak. He’s totaled six assists in 107 career games, but offensive numbers don’t define him. His coaches asked him to be a hard-nosed blueliner, and that’s what he focused on.

“I decided, I’m going to work hard to be the best defender I could be,” he said. “I wanted to be stronger and impose my will on the other team. I knew working hard off the ice could help solidify my role.”

Spivak’s work has also solidified RIT’s team performance and chances of making a return to the NCAA Tournament (the Tigers reached the Frozen Four his sophomore season). They are one point off the Atlantic Hockey lead entering this weekend’s series with first-place Mercyhurst, carrying the best goals-against average in the conference and third-best nationally.

Spivak, who represented Israel in the 2009 Division II World Championship, has added 15 pounds to his 6-foot-0 frame since arriving on campus, now weighing 210. He’ll have the opportunity to take his physical, stay-at-home style to the professional ranks either this spring on next fall, thanks in part to the effort he has put forth off the ice.