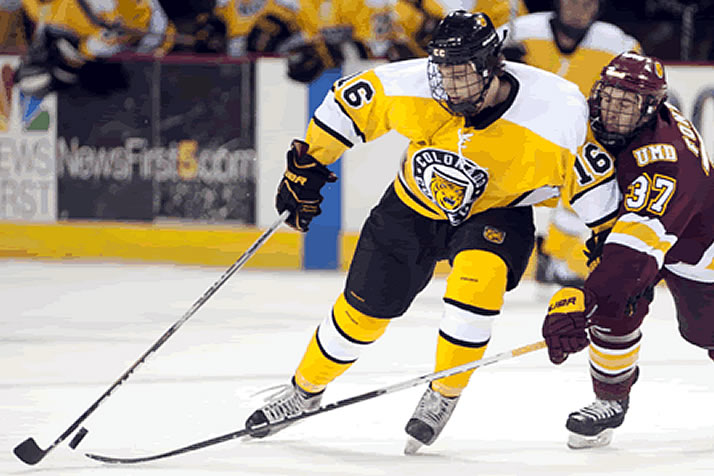 Alexander Krushelnyski shares the national lead with 15 points in the third period and overtime.

The new platform, designed by CHI partners Tim Danehy of collegehockeystats.net and Dan Parkhurst of SportDesigns.com, allows users to view and interact with college hockey stats in completely new ways. It adds to College Hockey, Inc.’s existing live scoring platform, which includes a mobile site, and team and individual stat pages. The new stats system mirrors in part what is available on nhl.com, but with several significant additions.

Users can sort skater, goaltender and team statistics any number of ways, from position or draft status to period, days of the week and even time in a period. Each request can be sorted by national, conference or team levels.

If you wanted, you could find the top-scoring junior defenseman on Friday nights since Thanksgiving (North Dakota’s Dillon Simpson).

More relevant – and revealing – are facts like these 12, which until now have been impossible to find in one place:

In addition to sophisticated filters that allow users to explore stats like these, each column on the page is sortable. The leader in each category on a page is highlighted, and explanations of each category are available by hovering over the top of the column. Links for each player lead to their game-by-game statistics.

We hope you enjoy the new stats platform; please send us any feedback or reach out to us on Twitter.