10 Seniors Up for CLASS Award
Honor salutes four-year players for on- and off-ice contributions. 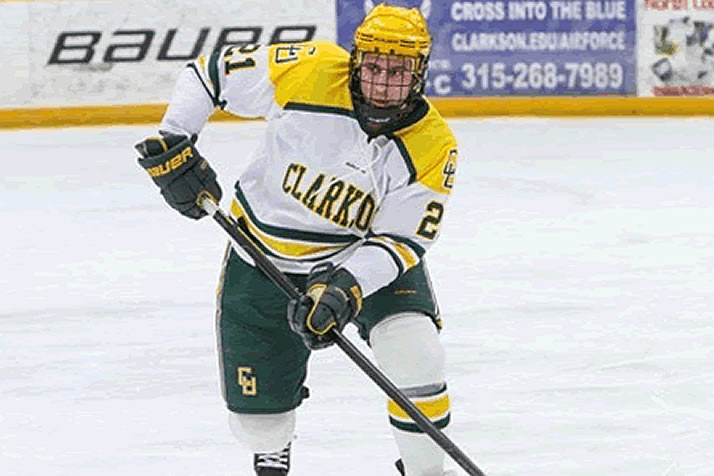 Ten student-athletes who excel both on and off the ice were selected as finalists today for the 2013-14 Senior CLASS Award in men's hockey. To be eligible for the award, a student-athlete must be classified as an NCAA Division I senior and have notable achievements in four areas of excellence – community, classroom, character and competition.

An acronym for Celebrating Loyalty and Achievement for Staying in School, the Senior CLASS Award focuses on the total student-athlete and encourages students to use their platform in athletics to make a positive impact as leaders in their communities.

The finalists were chosen by national media from the list of 20 candidates announced in November. Nationwide fan voting begins immediately and runs through March 31 to help select the winner. Fan votes will be combined with media and Division I head coaches’ votes to determine the winner. The Senior CLASS Award winner will be announced during the 2014 Frozen Four in April.