34 Heading to Sochi
Representatives from 19 NCAA schools will compete in the Olympic men's hockey tournament. 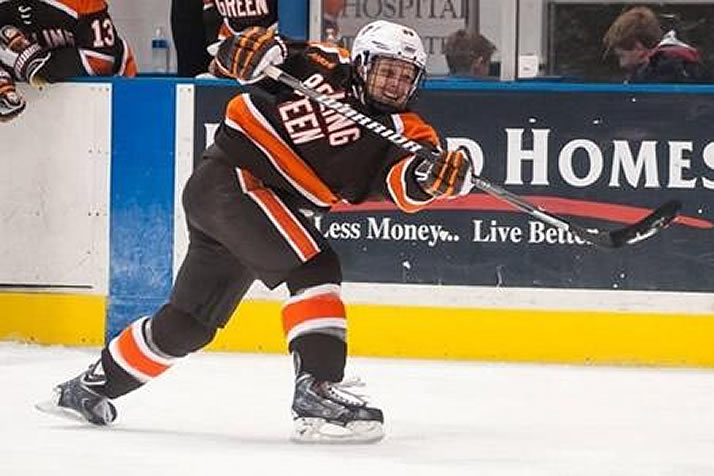 Ralfs Freibergs will represent Latvia at the 2014 Olympics and be the only active NCAA player to take part in the Games.

The addition of Maine alumnus Gustav Nyquist to the Swedish Olympic team brings the total number of NCAA representatives in the Olympic men's hockey tournament to 33, representing 19 schools.

Bowling Green defenseman Ralfs Freibergs and 32 former college hockey stars will take part in the tournament this month in Sochi, Russia, including 20 members of the U.S. Olympic team. Freibergs, a native of Riga, Latvia, is the only current NCAA player to be selected.

Austria has five former NCAA players on its roster, while Canada (four), Sweden (two), and Latvia (one) also have NCAA representation.

Minnesota and Wisconsin each have four alums in the tournament, while Maine, Michigan and North Dakota have three each.

NCAA Representatives in the 2014 Sochi Olympics

Wisconsin: Ryan McDonagh (US), Joe Pavelski (US), Derek Stepan (US), Ryan Suter (US)