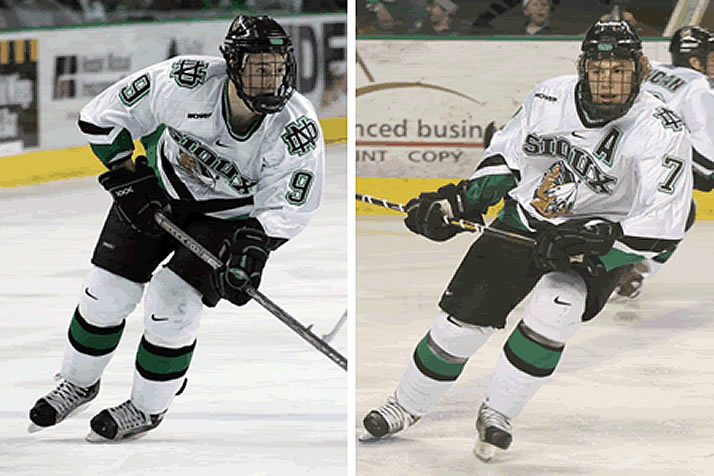 Jonathan Toews (left) and T.J. Oshie are among the former teammates facing off in the first round of the Stanley Cup Playoffs.

As the puck drops on the Stanley Cup Playoffs Wednesday night, we know that whatever team hoists the Cup in June, we will see the 200th former college player have his name etched on that storied trophy as a player. The 16 teams in the hunt for the NHL's top prize feature between four and 13 former college players on each roster, setting up a number of intriguing storylines for NCAA fans.

More than half of the first-round playoff series feature former college teammates facing off against each other. Fourteen of the 16 playoff teams have a former NCAA champion on their current roster.

Check out some of the NCAA-related storylines below, with the number of former college players on each roster in parentheses, and find even more detail by visiting our NHL Matchup Tool.