Gaudreau Joins Worlds Roster
At least 19 former college players will compete for Canada and U.S. at World Championship in Belarus. 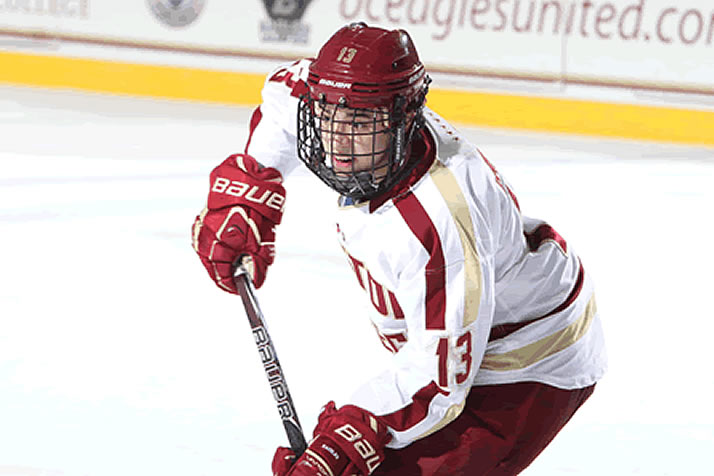 Johnny Gaudreau signed with the Calgary Flames upon the conclusion of his season with BC.

Hobey Baker Award winner Johnny Gaudreau has been added to the United States men's national team for the 2014 IIHF World Championship, bringing the total number of former college stars slated to participate in the event to 19.

The World Championship will take place May 9-25 in Minsk, Belarus, and Wednesday NBC Sports Network announced its plans to carry all of Team USA's games live.

The former college players taking part in the tournament include four players for Canada and 15 for the U.S. More players may be added to rosters prior to the tournament's start as well.

Gaudreau and B.C. linemate Kevin Hayes are both on the U.S. squad, which features four players who played NCAA hockey this season - those two, plus UMass Lowell goaltender Connor Hellebuyck and Wisconsin defenseman Jake McCabe.