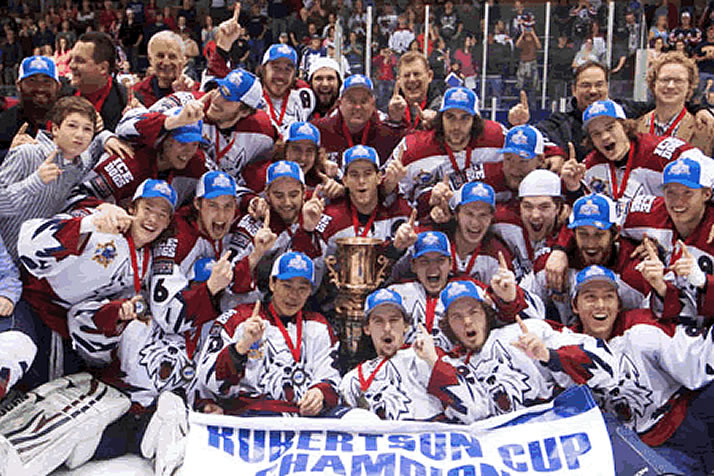 Ten committed Division I players helped lead the Fairbanks Ice Dogs to the 2014 Robertson Cup as champions of the NAHL thanks to a two game sweep of the final series against Austin this weekend.

Lake Superior State goaltending recruit Kevin Aldridge was named the Robertson Cup MVP after posting a 10-4 record with three shutouts, a 1.86 GAA and a .928 save percentage in the playoffs. Aldridge was one of two LSSU commits on the Fairbanks roster (also forward Hans Gorowski).