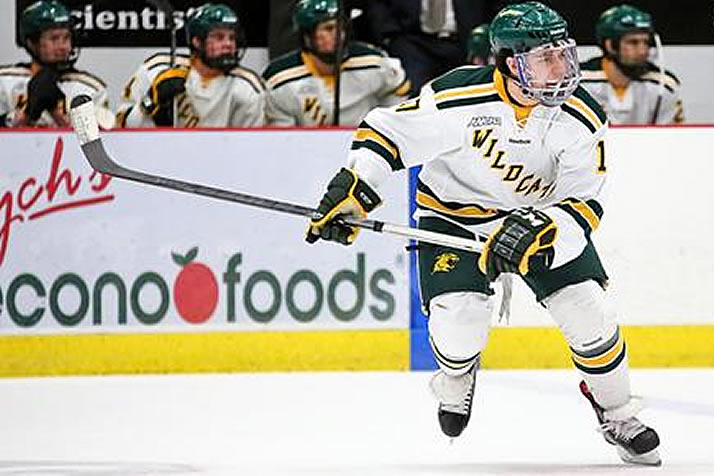 John Siemer recorded 18 points in just 21 games as a freshman for NMU.

Nine schools will be represented on the U.S. National Inline Team that will compete in the Inline Hockey World Championship to be held June 1-7 in Pardubice, Czech Republic.

The U.S. is the defending champion in the event and has played for the gold medal in four of the past five tournaments.

Novak is one of three Western Michigan players on the roster. Goaltender Jerry Kuhn played for the Broncos from 2007-11, while defenseman P.J. Kavaya played three years in Kalamazoo before finishing his college career at Wisconsin-Eau Claire.

Incoming Bowling Green recruit Tyler Spezia, who spent this past season with the USHL's Youngstown Phantoms, is on the team as well.