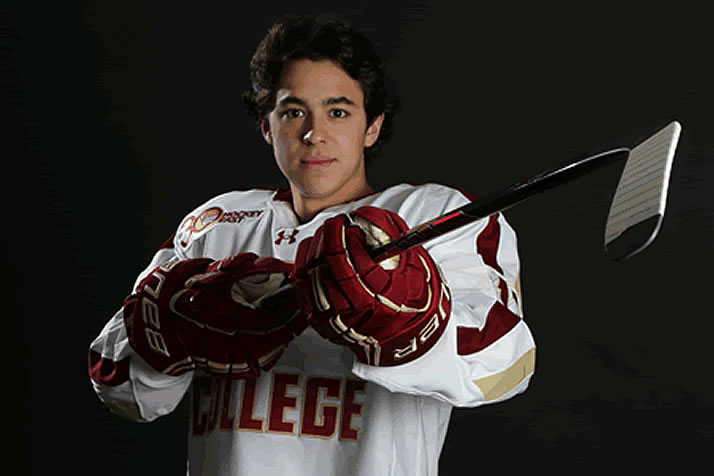 Legendary Boston University player and coach Jack Parker has been awarded the Distinguished Achievement Award for his lifelong contributions to the sport in the United States.

Those awards will be presented at USA Hockey's 2014 Annual Congress, held June 4-7 in Colorado Springs, Colo.

Gaudreau's remarkable 2013-14 season has spanned from the college ranks to the NHL and the IIHF World Championship. While he starred at each level, his impact in NCAA hockey this season will be remembered forever. Gaudreau averaged 2.0 points per game and led the nation in goals, assists and points, while collecting every possible individual honor. He led the Eagles to the Hockey East regular season championship and a berth in the 2014 Frozen Four.

Poolman, an East Grand Forks, Minn., native, led the USHL's Omaha Lancers to a 39-14-7 record while posting a career-best 41 points and league-leading 15 goals as a defenseman. The Winnipeg Jets draft choice will join the UND blueline this fall.

Peterson, of Waterloo, Iowa, backstopped his hometown Black Hawks in the USHL to a 44-11-5 record and the Anderson Cup as regular-season champions. He also helped Waterloo advance to the Clark Cup final. The Buffalo Sabres draft pick will join the Fighting Irish this fall.