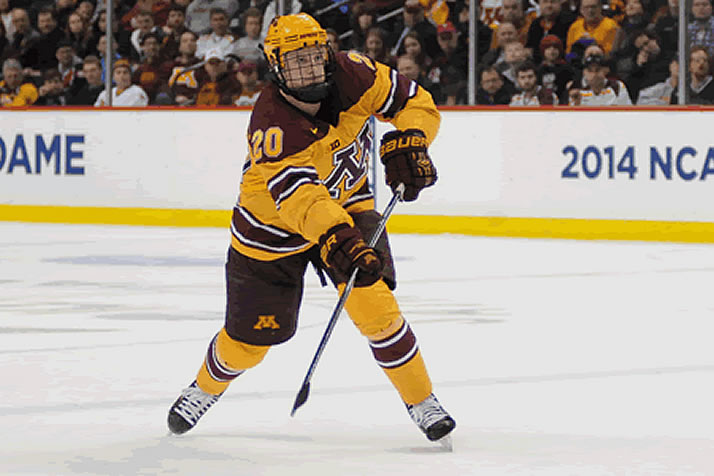 Thirty college players representing 14 schools are among the 42 invitees to the 2014 U.S. National Junior Evaluation Camp to be held Aug. 2-9 in Lake Placid, N.Y.

Six Boston College players are on the roster, leading all schools, while Michigan and Minnesota each have five representatives. Miami and Notre Dame will be sending two players each, while Boston University, Cornell, Denver, Harvard, North Dakota, Providence, Quinnipiac, Wisconsin and Yale are also represented.

The camp, which features practices and games against Finland, Sweden and the Czech Republic, serves as an audition for the 2015 IIHF World Junior Championship, which will be held Dec. 26 to Jan. 5 in Toronto and Montreal.

Seven players in the camp are returning from the 2014 U.S. National Junior Team, including three of the Boston College Eagles: Thatcher Demko, Ian McCoshen and Steve Santini.

Eleven of the invitees will be freshmen on campus this fall, including heralded 2015 NHL Draft prospect Jack Eichel. The future Boston University Terrier returns after he was the youngest player on the 2014 U.S. National Junior roster.