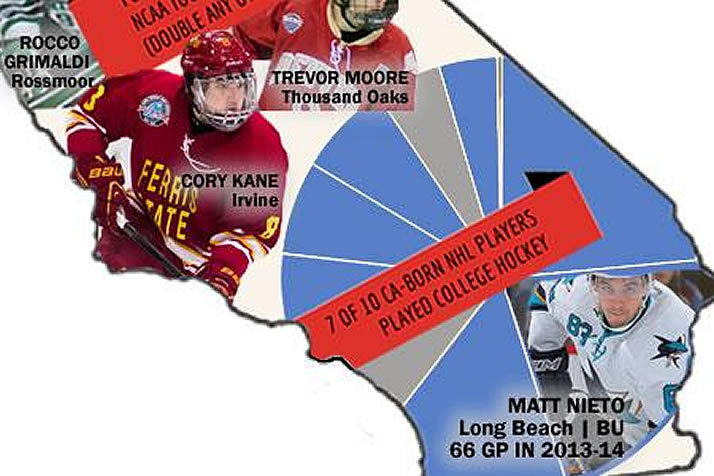 As California celebrates a third Stanley Cup in eight years, college hockey is feeling the influence of Golden State natives like never before.

College hockey's recruiting version of the Gold Rush has sent coaches to the west coast for years. In the last 10 years the number of Californians playing college hockey has grown 155%, more than any other state.

What's more, those players are making a big impact - four were leading scorers on NCAA Tournament teams and Thatcher Demko of San Diego and Boston College is likely to be the first goaltender selected in next week's NHL Draft.

All of those players - whether inspired by Wayne Gretzky's move to Los Angeles in 1988 or the tremendous success of the Kings, Anaheim Ducks and San Jose Sharks - are proving their worth at the NCAA level, as this graphic shows: