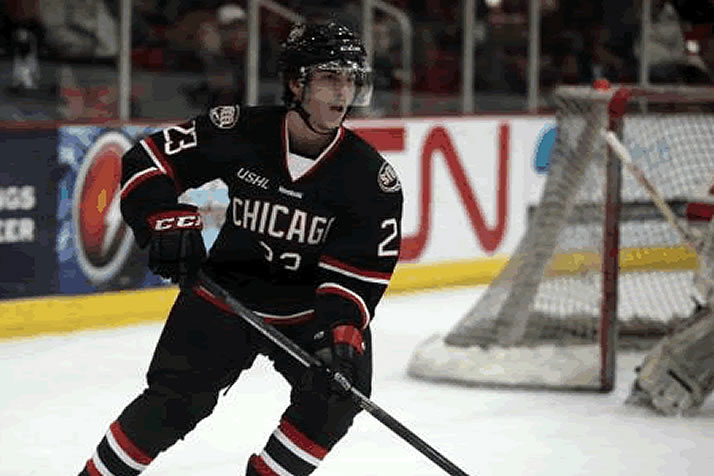 Recent St. Cloud State commit Robby Jackson is among the 15 recruits named to the U.S. Under-18 Select Team.

Fifteen players who have committed to 13 schools highlighted the group named to the 2014 U.S. Under-18 Select Team that will compete in the Ivan Hlinka Memorial Cup, announced Wednesday by USA Hockey. The selections - a group of the best players among the Select 17 Player Development Camp that concluded Wednesday in Buffalo, N.Y. - will compete Aug. 11-16 in Czech Republic and Slovakia.

Notre Dame (Tory Dello and Brent Gates) and Providence (Erik Foley and Spenser Young) are the only schools with multiple commitments on the roster.

The U.S. finished second at the Ivan Hlinka tournament in 2013. This year's team will play Slovakia in an exhibition on Aug. 9 before opening the tournament against Czech Republic on Aug. 11.