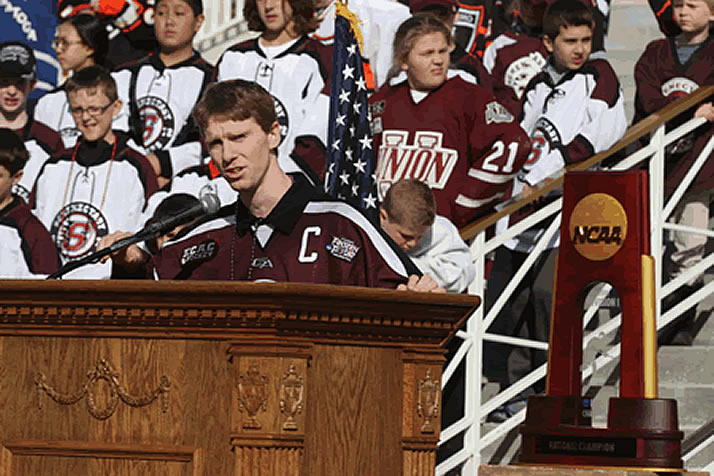 As College Hockey Inc. hosts 70 of the top young players in Manitoba at a College Hockey Summit in Winnipeg Thursday, there may just be a future NCAA captain among the attendees.

After all, Manitoba produced not only "Captain Serious" - former North Dakota star and captain of the Chicago Blackhawks Jonathan Toews - but also five players who were captains on their NCAA teams last season.

That's a remarkable number considering that just 17 Manitobans played Division I hockey in 2013-14. One of those, Mat Bodie, led Union to the national championship as its captain and will join College Hockey Inc. at Thursday's event.

The event, which also will feature appearances by Division I coaches, is designed to introduce talented young players and their families to NCAA hockey and outline for them the eligibilty requirements to get there.