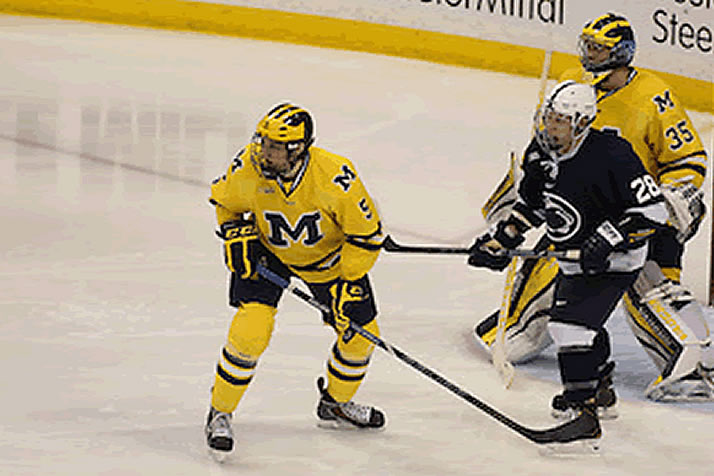 Twenty players representing 11 NCAA schools are among the 27 remaining at the USA Hockey National Junior Evaluation Camp. That group will face the Czech Republic, Finland and Sweden the rest of this week in Lake Placid, N.Y., as evaluations continue for the U.S. National Junior Team that will compete in the 2015 World Junior Championship.

Five current or future Michigan players are among those 20, led by sophomores J.T. Compher, Michael Downing and Tyler Motte. Boston College (four), Miami (two) and Minnesota (two) also have multiple representatives remaining in camp. Another BC player, sophomore Ian McCoshen, will no longer be participating in this week's camp for precautionary reasons.

"As a staff, we have been very pleased with the effort and competitiveness of the 42 players in camp," said former Wisconsin star Jim Johansson, USA Hockey's assistant executive director of hockey operations and the general manager of the 2015 U.S. National Junior Team. "The three remaining games this week provide an opportunity for additional assessment of the players who are staying. We will continue to evaluate the players released today throughout the fall."