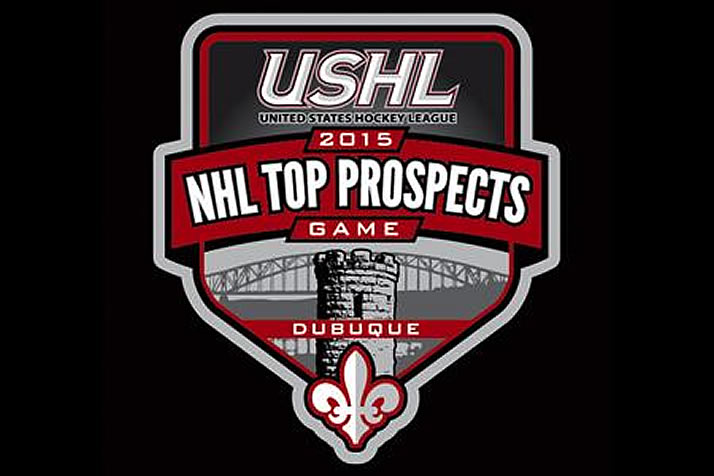 Thirty-eight of the 43 players selected to the 2015 USHL/NHL Top Prospects Game are already committed to Division I schools, with the event set for Jan. 13 in Dubuque, Iowa. Faceoff is set for 7 p.m. CT and the game will be shown live on FASTHockey.

Those 35 players represent 19 Division I schools and 15 of the 17 USHL member clubs. Michigan and Minnesota have the most committed players participating with four, followed by Denver, Notre Dame and Penn State with three each. Boston University, Miami, North Dakota, Providence, St. Cloud State, Western Michigan and Wisconsin each have two recruits named to the game.

The selection process was completed in coordination with USHL general managers, NHL scouts and team personnel and NHL Central Scouting. All 43 players chosen are eligible for the 2015 NHL Draft, including 30 players who are in their first year of eligibility for the draft.

"The USHL/NHL Top Prospects Game provides a unique opportunity for the management and scouts of the 30 NHL teams to view the top USHL talent available for the 2015 NHL Draft," said Dan Marr, director of NHL Central Scouting. "The prospects are encouraged to showcase their skills and abilities amongst their peers in this competitive and entertaining environment that brings out their best."