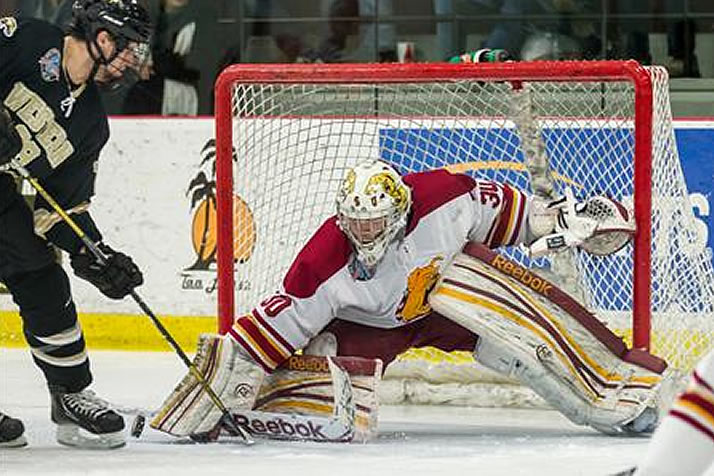 Ferris State senior C.J. Motte is one of seven goaltenders who has faced 400-plus shots this season.

In our Stat Pack feature, College Hockey Inc. highlights five obscure but telling statistics from the world of college hockey. You can find many more in our filtered stats database.

1. Five schools rank in the top 20 nationally in both power play and penalty killing:

2. The 2015 U.S. National Junior Team Training Camp roster features 20 current or future NCAA players. Here are the eight with the best points per game averages this year in the NCAA (four are Chicago Blackhawks draft picks):

3. Rand Pecknold won his 400th game as an NCAA coach Saturday night. Here are the active leaders in coaching wins (all divisions):

4. Seven goaltenders have faced more than 400 shots through the first two months of the season. The leaders:

5. Here's a look at the players recording the most special teams points to this point: