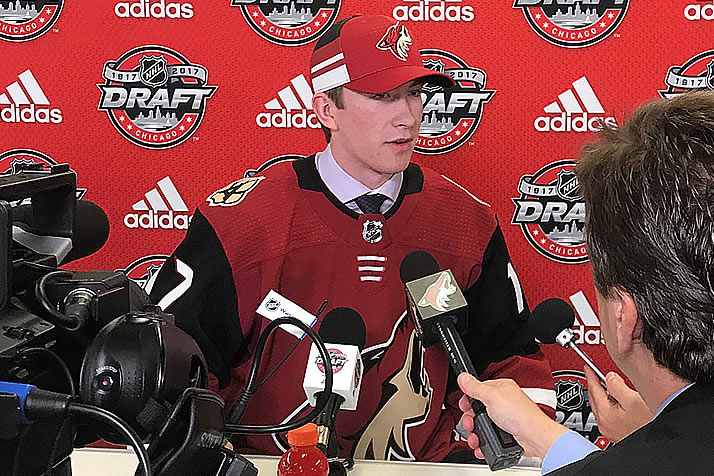 Cameron Crotty was one of seven Boston University players or recruits selected in the NHL Draft, most of any school.

Half of all Division I programs had a player or recruit selected in the 2017 NHL Draft, with 60 current or future college hockey players drafted in the two-day event at Chicago’s United Center.

Six first-round picks began the proceedings on Friday night, followed by 54 additional selections on Saturday. Twenty-nine of the 31 NHL teams selected at least one player on the college path (Calgary and St. Louis the lone exceptions).

Boston University led all schools with seven players or commits selected, the second straight year that the Terriers had the most players taken in the draft. Minnesota, Minnesota Duluth, Penn State and Wisconsin each had four selections.

Thirty of the college players selected are defensemen, equaling the number of forwards (25) and goaltenders (5) combined. That follows a trend that saw 37% of NHL defenseman this season come from the college ranks (compared to 32% of all players). Fifteen of the first 100 selections in the draft were current or future NCAA defensemen.