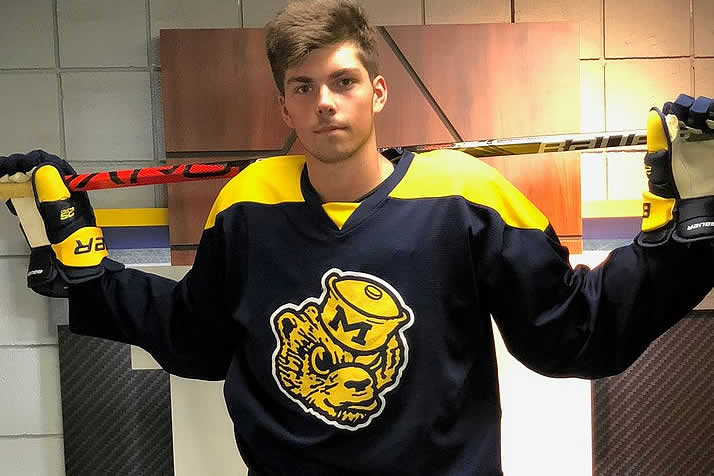 Michigan freshman Owen Power is a candidate for the No. 1 overall selection in 2021.

NHL Central Scouting released its Players to Watch list for the 2021 NHL Draft Tuesday, and it strongly suggests that this could be a record draft for NCAA hockey and the University of Michigan in particular.

In all, 30 schools – nearly half of the 61 in Division I – have players or recruits on the watch list. Michigan leads all schools with eight players listed, followed by Notre Dame and Wisconsin with seven each. Boston College and Boston University both have six recruits listed.

The USHL has 51 players on the watch list, including 20 from USA Hockey’s National Team Development Program. That is the most of any league world-wide.

Sixteen of the players listed have yet to commit to a school but are playing in a North American NCAA-eligible junior league.

The last time three current freshmen from multiple teams were taken in the first round was 2015, when Jack Eichel (Boston University), Noah Hanifin (Boston College) and Zach Werenski (Michigan) all went in the top eight selections.