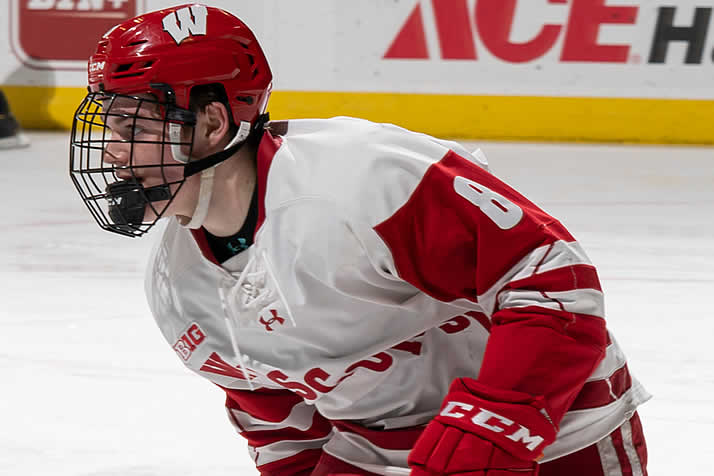 Wisconsin’s Cole Caufield is one of 10 players from last year’s team named to the preliminary roster.

Twenty-six players with NCAA ties are among the 29 named to the U.S. National Junior Team Preliminary Roster, USA Hockey announced Monday. The group will take part in a training camp from Dec. 6-13 at USA Hockey Arena in Plymouth, Mich.

The players will compete for spots on the 25-player roster that will represent the United States in the 2021 World Junior Championship set for Edmonton from Dec. 25 to Jan. 5. The final roster will be announced Dec. 13.

Ten schools are represented among the 26 NCAA players, which includes current and former college players. Michigan leads all schools with five players selected, while Boston College, Boston University, Minnesota and Providence have three each.