Caufield Leads Award Honorees
A first-time champion will be crowned Saturday in Pittsburgh. 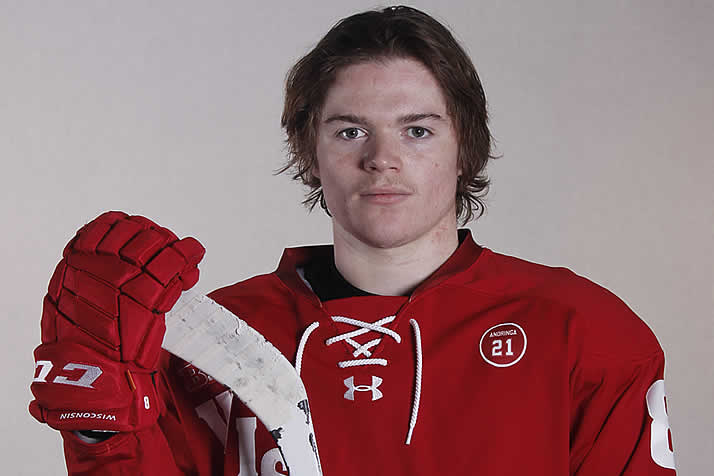 Caufield’s 30 goals this season included 11 in the last six games.

After leading the nation in goals and points, Wisconsin sophomore Cole Caufield captured the 2021 Hobey Baker Award as the nation’s top player this year in college hockey.

Caufield was the nation’s only 50-point scorer this season, finishing with 52 points in 31 games for the Badgers. He was also the only 20- or 30-goal scorer, as his 30 goals were 11 more than the next closest player.

The Montreal Canadiens first-round draft pick, who signed with Montreal following his season, beat out North Dakota forward Shane Pinto and Minnesota State goaltender Dryden McKay, who were the other members of the Hobey Hat Trick.

All three of those Hobey Hat Trick members were honored as ACHA West All-Americans. Pinto was one of three North Dakota honorees, joined by second-team selections Jordan Kawaguchi and Matt Kiersted.

In the East, Boston College led all teams with three All-Americans – Spencer Knight and Matt Boldy on the first team, with Drew Helleson on the second team.