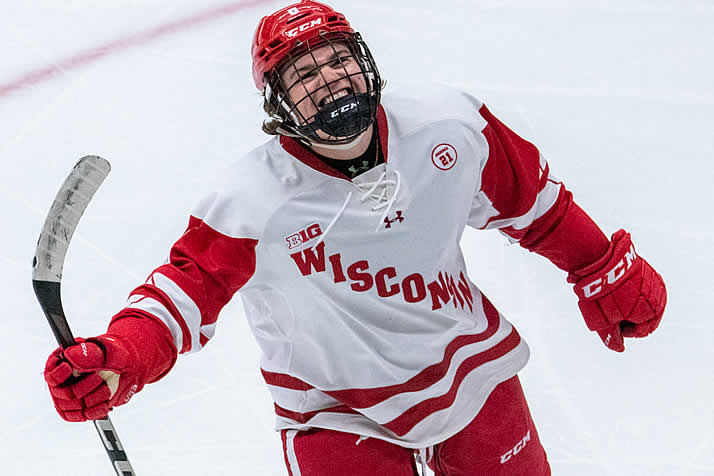 Cole Caufield’s nine playoff points are the most ever for a player coming off his NCAA season.

NCAA alumni behind the bench and on the ice will be battling for the Montreal Canadiens and Tampa Bay Lightning as they meet in the Stanley Cup Final beginning Monday night.

Nine former college players have suited up for the two teams in the Stanley Cup Playoffs, headlined by rookie and 2021 Hobey Baker Award winner Cole Caufield for Montreal.

Caufield’s nine playoff points (four goals, five assists) are the most ever for a player coming off a season of NCAA hockey. His four goals are just one shy of Chris Kreider’s five in 2012.

Alternate captains Alex Killorn (Harvard) and Ryan McDonagh (Wisconsin) lead the group of five NCAA alumni playing for the Lightning. Killorn stands third in the NHL in playoff points (17) and second in goals (8) entering the Final. McDonagh’s +11 rating in the postseason leads all players in the Final.

Killorn and McDonagh are joined in the Lightning lineup by Blake Coleman (Miami), Ross Colton (Vermont) and Curtis McElhinney (Colorado College). All but Colton won the Stanley Cup last season with Tampa Bay.

Wisconsin (Caufield and McDonagh) and Vermont (Colton and Ducharme) are the two schools assured of a Stanley Cup champion.