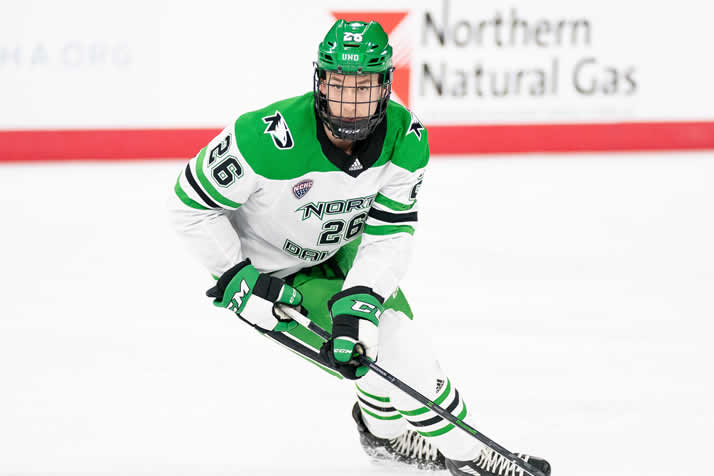 North Dakota’s Jake Sanderson is one of six returnees from the 2021 U.S. National Junior Team (Photo by Mark Kuhlmann).

The event, set for July 24-31 at USA Hockey Arena in Plymouth, Mich., will feature teams from the U.S., Finland and Sweden, as players audition for their respective national teams for the 2022 IIHF World Junior Championship.

Eighteen schools are represented by players or recruits on the U.S. roster. Michigan leads all schools with six representatives, followed by Boston University and Minnesota (four each), and Denver and Notre Dame (three each).

Sixteen of the players were freshmen in 2020-21. Twenty-two will be freshmen this fall, while one (Logan Cooley, Notre Dame) is slated to enroll in 2022-23.

The WJSS will include 11 games across eight days, with games streamed live on HockeyTV.