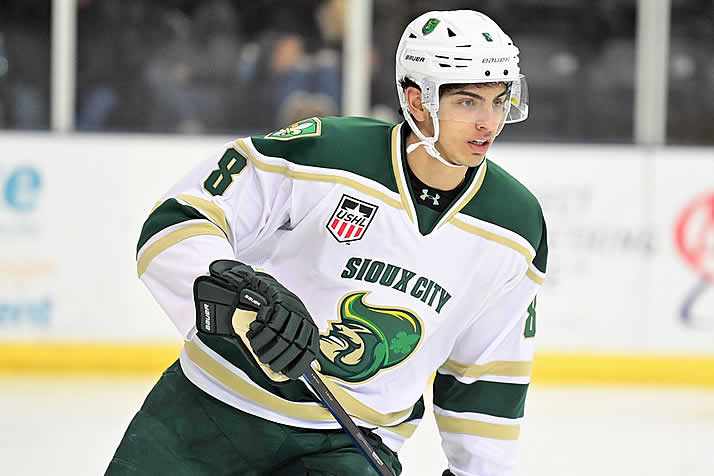 Denver incoming freshman Shai Buium was the first NCAA player selected in the second round (Photo by Dan Hickling).

Fifty-six NCAA players were selected in the 2021 NHL Draft, with 47 selections coming on Saturday during rounds two through seven. Friday’s historic first round saw five of the top 10 picks come from the college ranks for the first time in NHL Draft history.

Twenty-five schools – nearly half of those in Division I – had a player or recruit selected in the draft, led by Michigan with six. Denver, Massachusetts and Minnesota followed the Wolverines with four selections each.

Other notes on the draft: