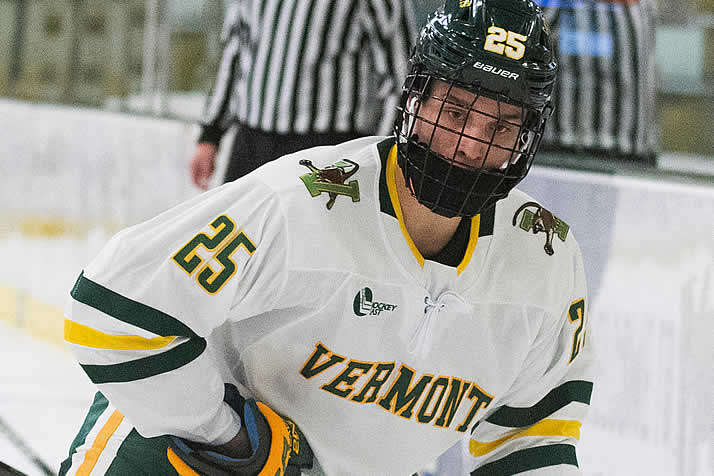 Dovar Tinling, the youngest player in college hockey last season, is rated as a player to watch for the 2022 NHL Draft.

After a year that saw the University of Michigan dominate the top of the NHL draft board, six different schools have potential first-round picks according to the players to watch list released by NHL Central Scouting on Tuesday.

A grand total of 123 NCAA players and recruits – 25 more than last year’s watch list and the most in the last five years – were highlighted in Central Scouting’s list. Six earned ‘A’ ratings as first-round candidates while 17 were given ‘B’ ratings as likely second- or third-round picks.

In addition, 32 players listed have yet to commit to a school but are playing in an NCAA-eligible North American junior league. The number of uncommitted players on the list was double last year’s total (16), which is likely a result of limited play last season due to the pandemic.