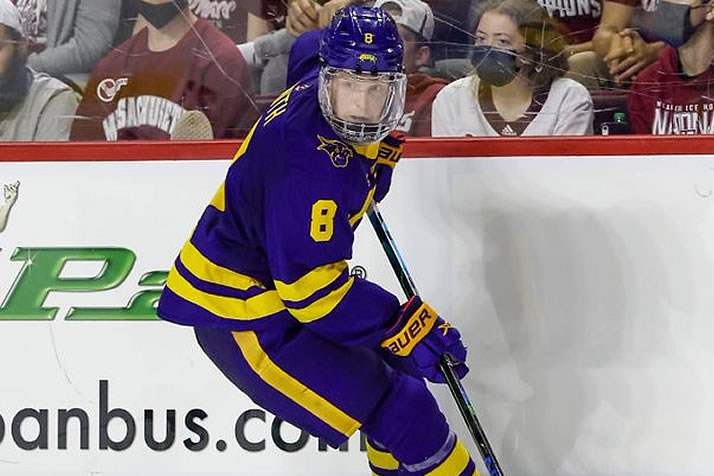 Nathan Smith is one of 15 current college players on the roster (Photo: Matt Dewkett / CCHA)

Twenty-five current and former NCAA Division I men’s hockey players, representing 14 different schools, have been named to the 2022 United States Olympic roster, it was announced Thursday by USA Hockey. The team will represent the United States at the 2022 Olympic Winter Games Feb. 3-20 in Beijing, China.

Fifteen of the 25 players are currently playing in the NCAA, including national scoring leader Nathan Smith of Minnesota State University, who has recorded 13 goals and 33 points in 22 games this season for the Mavericks.

Five Division I men’s hockey conferences are represented, including five current players from the Big Ten, four from the NCHC, three from Hockey East, two from the ECAC and one from the CCHA.

The other 10 players on the roster all played collegiately, including 2011 Hobey Baker Award winner Andy Miele (Miami University), who now skates for Torpedo Nizhny Novgorod in the Kontinental Hockey League (KHL).