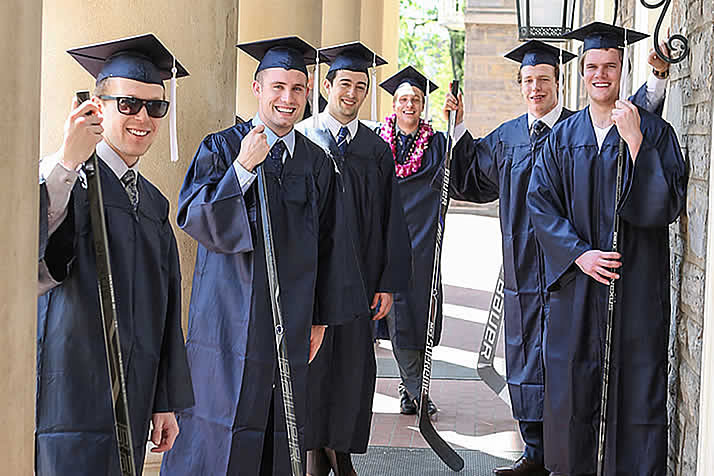 NCAA hockey student-athletes continue to thrive in the classroom, well above the national average, according to the most recent Graduation Success Rate (GSR) data released by the NCAA.

Women’s hockey boasted a 98-percent four-year GSR, tied for the highest of any women’s sport. Men’s hockey ranked among the top five men’s sports in both four-year GSR (92%) and single-class average (90%). Hockey exceeded the national average rate in all three of the aforementioned:

“College hockey student-athletes continue to perform as well in the classroom as they do on the ice,” said College Hockey Inc. Executive Director Mike Snee. “It’s exciting to see so many young men and women reaching their full potential as hockey players and as students.”

An additional 17 men’s programs had rates of 90% or better.

Four more reporting women’ had rates that matched or exceeded the national women’s rate of 95 percent.

Classroom work often continues once hockey players move on to the professional ranks. A notable recent example is Michigan alum and current Chicago Blackhawks defenseman Jack Johnson, now in his 17th National Hockey League season, who completed his bachelor’s degree in 2022 at age 35.

“It was a big thing for myself, I wanted to do it,” Johnson told media during last year’s Stanley Cup Final. “I made a promise to (former Michigan coach) Red Berenson when I left that I was going to finish, so I made a call to him when I did.”

For more information, including the full GSR report, visit NCAA.org. 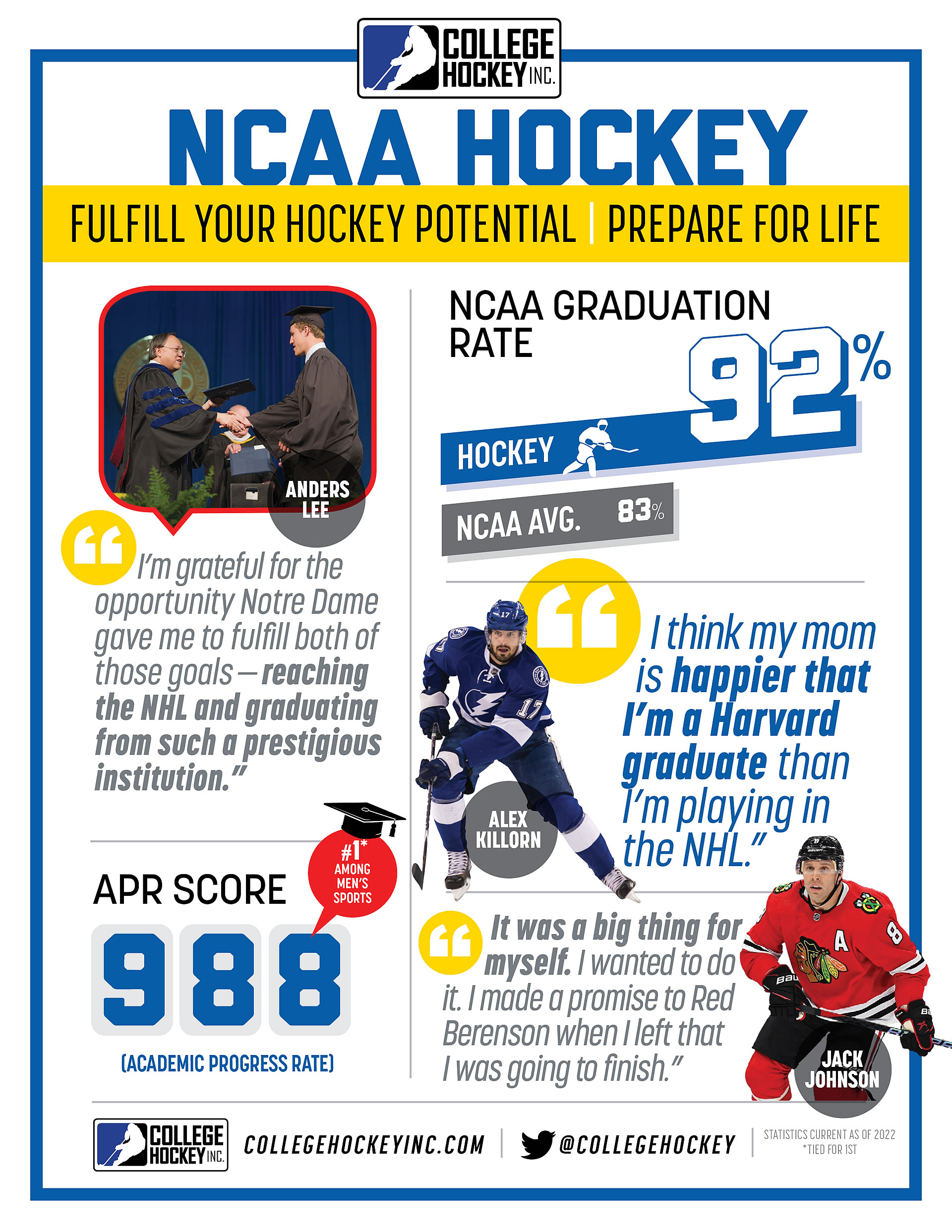