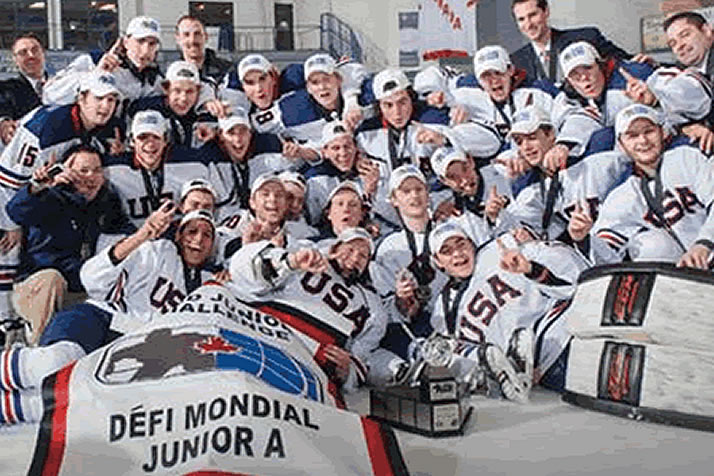 A roster filled with future NCAA players from the USHL led the United States to a third consecutive championship at the World Junior A Challenge, culminating with an overtime win against Denmark Saturday in Kindersley, Sask.

Minnesota commit Thomas Novak (River Falls, Wis./Waterloo-USHL) scored the winning goal on a breakaway 4:56 into overtime to secure the 3-2 victory. The U.S. finished 4-0-0 in the tournament and has won 13 straight games in the WJAC.

Nineteen players on the 22-man U.S. roster have committed to 12 different NCAA schools, with Minnesota and North Dakota leading the way with three each. Denver, Notre Dame and Yale all had two recruits on the team.