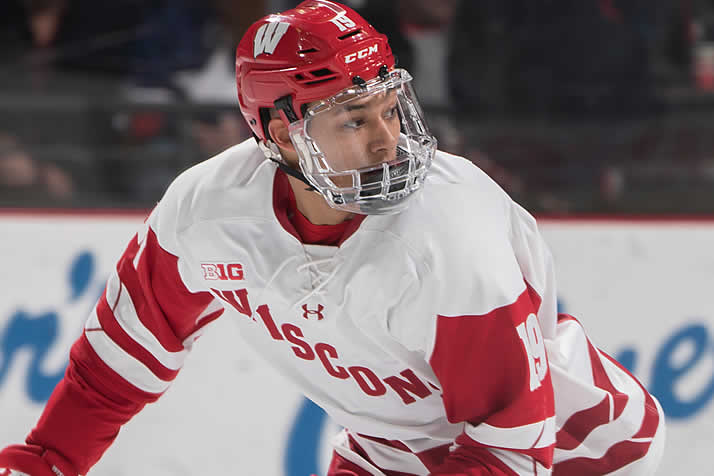 Wisconsin sophomore K'Andre Miller was named an alternate captain of the U.S. team.

The U.S. will compete for gold in the 2020 World Junior Championship, Dec. 26 to Jan. 5 in the Czech Republic. Play opens on Thursday with a preliminary round game against Canada.

Fourteen schools had a player named to the roster. Wisconsin (four), Notre Dame (two) and Michigan (two) each had multiple representatives selected.

The U.S. enters the tournament having medaled in four consecutive World Junior Championships for the first time in tournament history. Every U.S. game will be broadcast live in the States by NHL Network.